All Aboard! A Whistle Stop Tour of How a Family Embarks on a Journey to Call Bucknell Railway Station ‘home’. 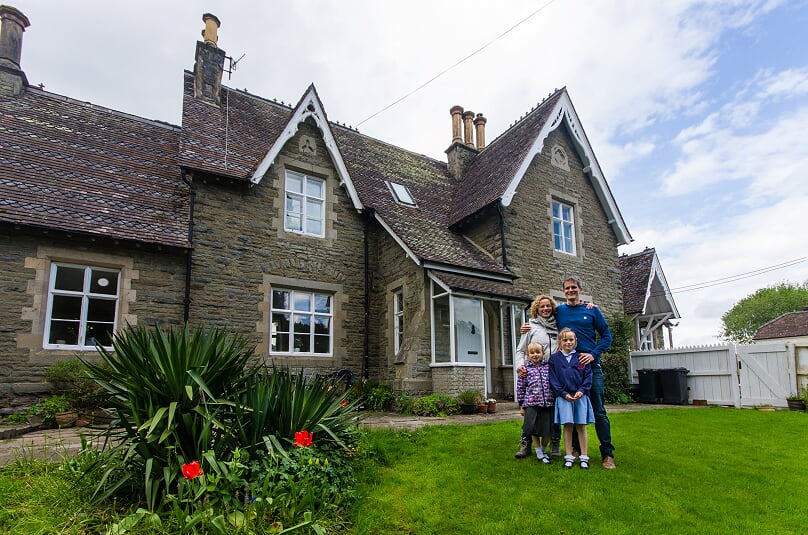 The first time I spoke to Sam was to book a viewing for him, his wife Nina and their children to have a look around Bucknell Station House and Cottage.

However, there wasn’t a sense of urgency from them to see this amazing place. They’d been looking at the listing on the internet and had scrolled past a few times. But, something kept tugging at them to take a look, and almost with a resignation, they thought they ‘might as well’. The listing had indicated that it didn’t have a back garden and they needed to see exactly what that meant.

Arriving in front of this impressive building, it was soon apparent that the ‘back garden’ was in fact the Heart of Wales Railway Line. Beyond the platform, beautiful views lay before them and the single carriage train that swept slowly by, only added to the charm.

Making their way to the huge front door and lifting the heavy door knocker to announce their arrival, they weren’t disappointed.

The house ticked their criteria boxes, 3 bedrooms, lovely front garden, village, amenities nearby and a good school, all within a 25 minute drive time of Ludlow, but it did so much more. The sales listing they’d been studying couldn’t do it justice, you had to stand there, quietly and take it all in.

The children weren’t so quiet, running around discovering a maze of rooms. There was more character with each turn. The magnificent high ceilings, and original features of a bygone era began to work its charm.

After exploring staircases, twists and turns and looking around the former Station Cottage through the adjoining door, they left, their minds filled with more questions than when they’d arrived.

One thing they did know was that they had to get their own property in Ludlow on the market as soon as possible.

Ringing a few Estate Agents to book in valuations, Sam says they were all good. Professional, courteous, friendly, similar commission, but one thing made McCartneys stand out – they listened. The Ludlow branch chatted with Sam and Nina, and understood what they wished to achieve. A week later, the Walmsley’s had their perfectly presented, beautifully decorated home, listed for sale. 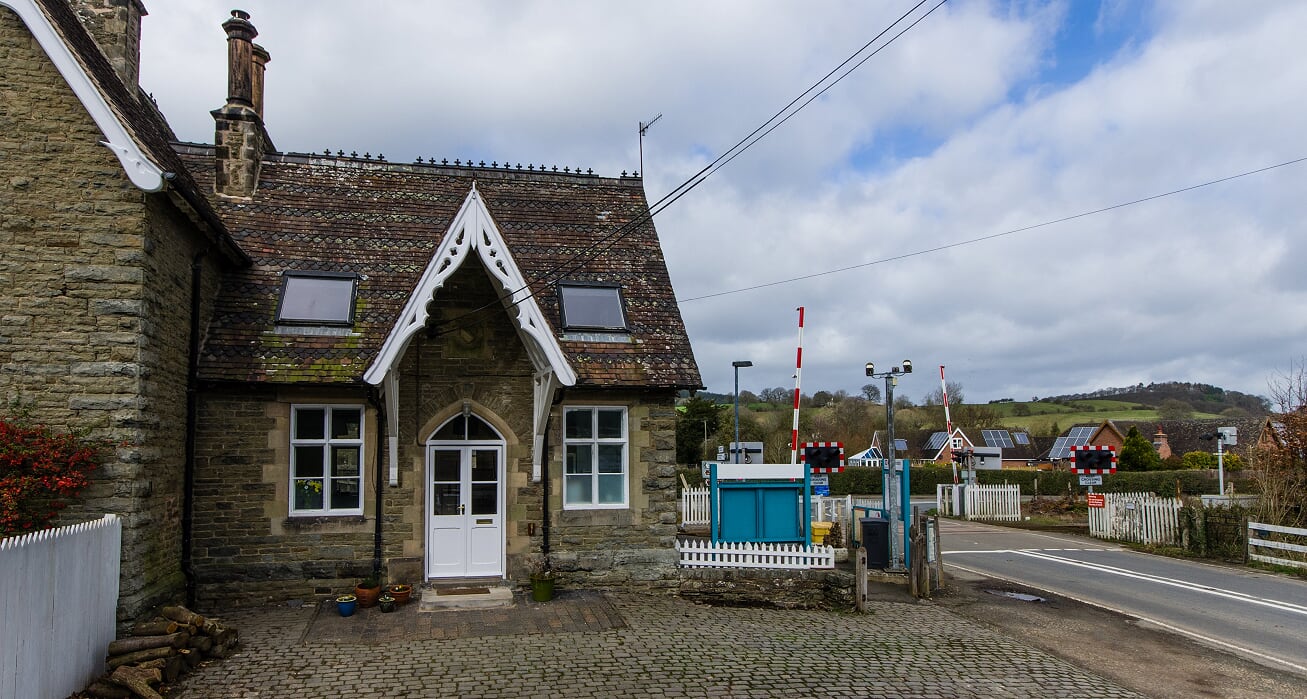 At this moment in time, discussions were at the forefront as to how practical it would be buying an old Railway Stationmaster’s House. The initial feeling was not to take on​​​​​​​​​​​​​​ the Cottage. The emotional vs practical thoughts battled with each other. They could afford the house and have some money to carry out the refurbishments, but then the Cottage belonged to the building, it was the old Booking Office, the General Waiting Room, you couldn’t take one on without the other…..could you? The children of course wanted to move in immediately.

Six weeks later, Sam took his Father to see Station House, to look at it from a totally practical perspective. By the time they’d finished, Sam and Nina wished to make an offer, including the Cottage. It seemed that beneath that peeling paint, the grandeur, ornamental facades and ‘secret rooms’ it had convinced them of its huge potential as their new family home, and as a holiday let business for the Cottage.

Some months later, after tense times for both parties, and the team at McCartneys smoothing the way forward, the exchange of contracts took place and the completion date had been agreed. Carrying out the obligatory pre-move checks, with a few days to go, Sam discovered that the removal company had lost their booking. Frantic telephone calls ensued and with everyone working together they moved all their belongings over a day earlier than planned. The collective huge sigh of relief could have been mistaken for the passing gust of wind from the 10:52 to Knighton.

Sam recalls sitting in one of the rooms surrounded by boxes and wondering how on earth they had accumulated so much stuff. The children ran around and counted rooms and whenever they heard a train approaching would run to the platform side window and wave.

There’s already been some refurbishment, including the saving of some of the fabulous octagonal ceramic chimney pots that have sat proudly on the roof for over 150 years. Having had a log burner fitted, one of the workmen discovered, just in time, that the pots had come loose. Fortunately they’re all secure again now, hopefully for the next 150 years!

However, the biggest transformation has been Station Cottage, history has repeated itself, going back to the times it was rented out by Mr & Mrs Powell, It’s now again available as a holiday let. Visitors can take a shower or cook and eat their meal in the old Ticket Office. Relax in the Sitting Room, as so many people have done before them when it was the General Waiting Room, and look over the fields through the window at what used to be the door to the platform. The upstairs bedrooms have been sympathetically restored with wood panelling and framework reminiscent of the period it was first created.

The whole place has moulded itself beautifully to family life. The children love their new village school and still run to the window when there’s a train at the platform. The drivers giving them a friendly toot back.

Sam works from home and has set up an office area in the ‘Ladies Waiting Room’.

Nina is a personal trainer and quite often holds sessions on the large beautiful lawns outside.

Sam and Nina were very kind with compliments of the service that McCartneys had provided. The feedback form thanked the team for all their help, patience, hard work and the many phone calls it had taken to achieve the dream of owning this very special property.

It’s been an incredible journey, and one that has safely arrived at Bucknell Station for the foreseeable future.
Back to listings