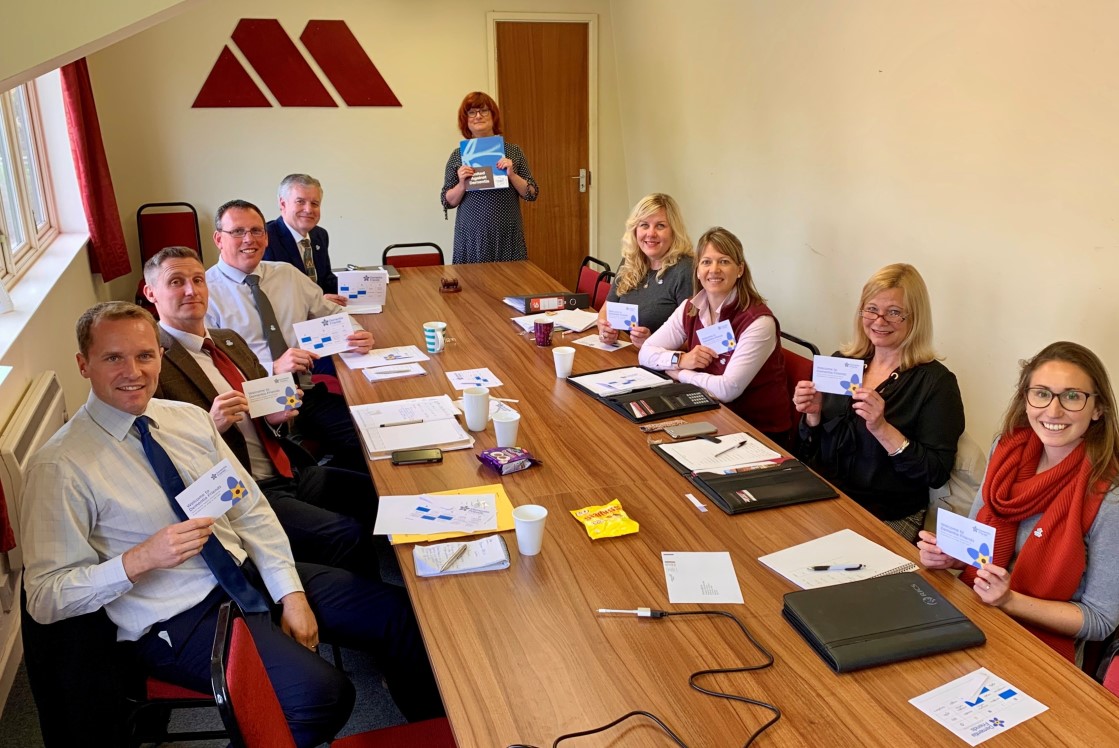 This year McCartneys has been fundraising for their chosen charity of the year – The Alzheimer’s Society UK.

There have been many ways to raise money, from cake sales and sweepstakes, to memory walks and climbing numerous ascents of Pen Y Fan, the equivalent of scaling Everest. For your support and sponsorship we’re truly grateful.

However, there’s another valuable way in which we can support - time. Time, patience and understanding given to the people affected, along with their families and friends.

On the 16th September, a group of staff gathered at McCartneys Head Office to take part in the Dementia Friends programme, led by Emma and Lisa from the Alzheimer’s Society. It is the biggest ever initiative to change people’s perceptions of dementia. Its aim is to transform the way the nation thinks, acts and talks about the condition.

As a brief introduction, the team were asked to sum up dementia in one or two words. Responses, such as loneliness, cruel, memory loss were pitched, all of them negative. People that had worked closely together for many years were surprised at how dementia has had such an impact on their colleagues. Some had lost family members while others were still helping to fight and support.

Emma gave each person a piece of paper, with strict instructions to keep it secret from the others. On it was a brief description of someone who had been diagnosed with dementia. Statements were then read out by Lisa and each member of the team had to vote whether ‘their person’ would be able to carry out those activities. Could they go to the shops, make cheese on toast etc? Hands were being raised and taken down at a rapid rate, at no time were any of the votes unanimous.

You can imagine then the complete shock when it was revealed that everyone had been given a brief summary of the same person! It was so easy to see how assumptions could be made. That perceptions, even with every good intention, could remove that person’s independence.

Further explanations and facts were given - how different types of dementia can affect different parts of the brain. How emotions and feelings remain in place whilst the latest skills have been forgotten. Ultimately, the understanding grew.

Being a Dementia Friend simply means learning more about dementia, putting yourself in the shoes of someone living with the condition, and turning your understanding into action.

Following this programme, two members of staff are going forward to become Dementia Champions. Champions are trained and supported by the Alzheimer’s Society to run Information sessions in the work place and community, and help inspire others to help those living with dementia, to live well.

The team at McCartneys are proud to help with this wonderful work, so that no one has to face dementia alone.