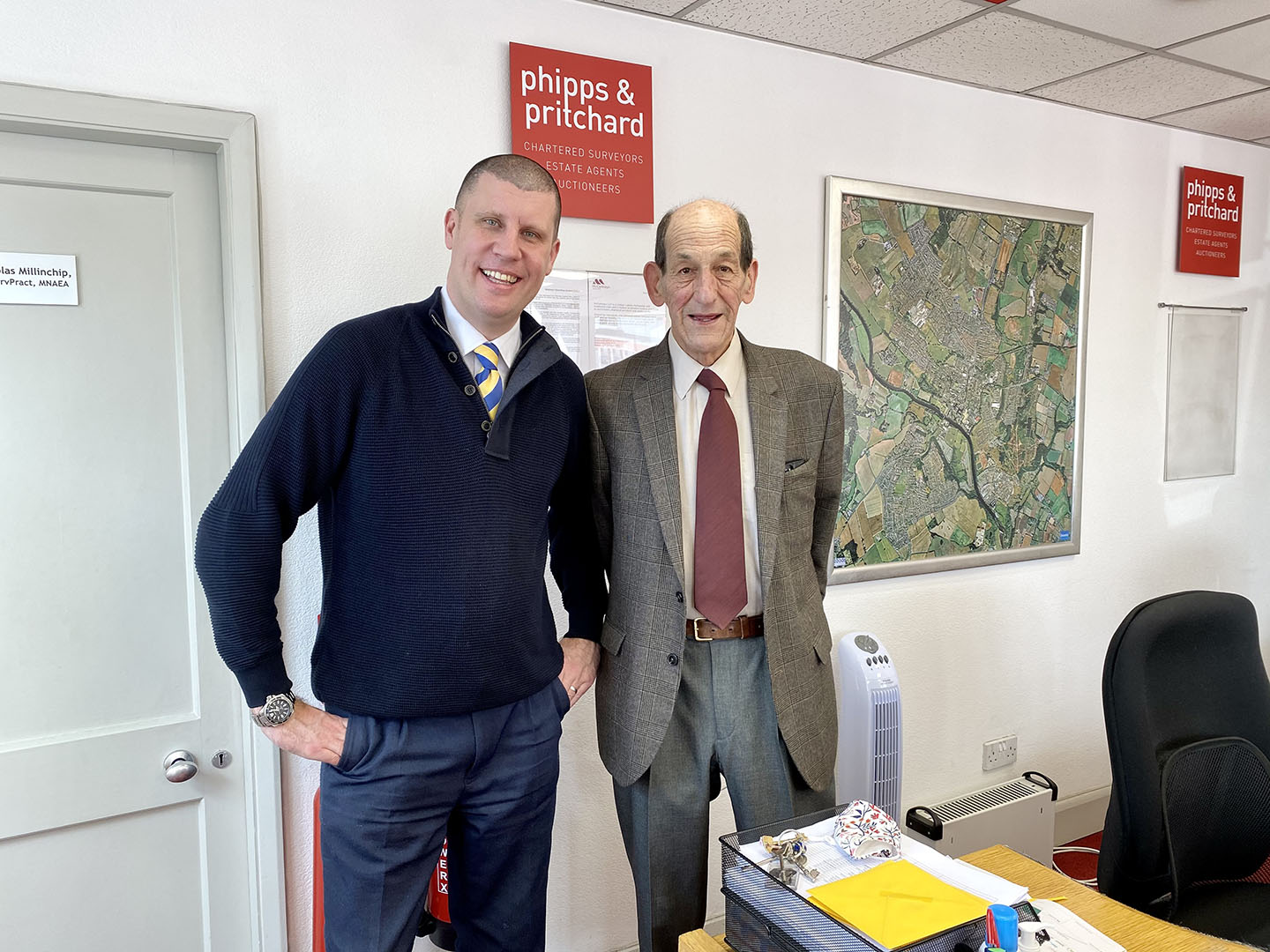 Chris Smith (FRICS) of Phipps & Pritchard Estate Agents is hanging up his camera and tape measure after an incredible career in property. Chris began back in 1964 at the tender age of 18 serving articles and training with Doolittle & Dalley leading to qualification before becoming a partner with the same firm.  Later, Chris moved to a Birmingham based firm, Neale & Aldridge, in 1981 and expanded their operations out of the city and in to North Worcestershire with the opening of a satellite office in Bewdley to deal with country home sales.  When that organisation was merged with Lambert Smith Hampton, in 1989, Phipps & Pritchard acquired Chris’s Neale & Aldridge Office and with that transaction Chris became a Phipps & Pritchard partner resulting in a long and happy marriage until the amalgamation with McCartneys LLP in 2012 when he continued as a Consultant to the new firm.

Nick says – “Having served our historic firm for 31 years, Chris has been a phenomenal ‘red’ taking Phipps & Pritchard to new heights with his forward thinking vision on branding and marketing plus encyclopaedic knowledge of the Wyre Forest property market. Even in his Phipps & Pritchard years Chris also spent much time again working around the Black Country areas carrying out mortgage valuations and other work, both residential and commercial.   You name it Chris knows it. Show him a picture of an isolated cottage down a forgotten country lane, unknown to all but the locals, and Chris has sold it or knew the owners or drew the plans for the extension!!! He is truly a remarkable fountain of knowledge and has been such an influence upon myself and others that have been privileged to work alongside him. Everyone at the firm wishes Chris a happy and healthy retirement.”

Zoe says – “It is a little over 18 years since I was interviewed and employed by Chris Smith/Phipps & Pritchard, then Partner in charge of Bewdley Office. Working within the Bewdley team under the helm of Chris was the most enjoyable.  Chris really was ‘Mr Bewdley’ so very often going for a walk in the town to return with multiple jobs. Renowned for his rendition of the 12 days of Christmas everywhere we went, a truly excellent Chartered Surveyor, however simply a born entertainer. Across the years with Chris’ assistance and expertise I have gathered so much knowledge.  “

And finally, some words from Chris himself - “Difficult to put in to words the degree of satisfaction that I have obtained through the various stages of my being!  I am ever grateful for the sound basic professional and ethical training received from my original employers, covering a wide spectrum of the profession including farmers trading accounts, building specifications, planning and design work, continuing through to intricate valuation work and property sales.  Second ticket in the lottery took me to the greenery and suburbs of Birmingham, in Edgbaston, which linked well with the Bewdley Office.  I finally hit the jackpot with Phipps & Pritchard where I have enjoyed some 30 years plus in a variety of roles, mainly based in Bewdley with sorties in to Cleobury Mortimer and Stourport on Severn.  Throughout I have enjoyed the company of a very professional firm of Partners, helpful, knowledgeable and charming staff and a way of life which will be very difficult to replace.  Although I do look forward to spending a little more time with wife Tessa, on the bowling green, when she has got used to the idea!