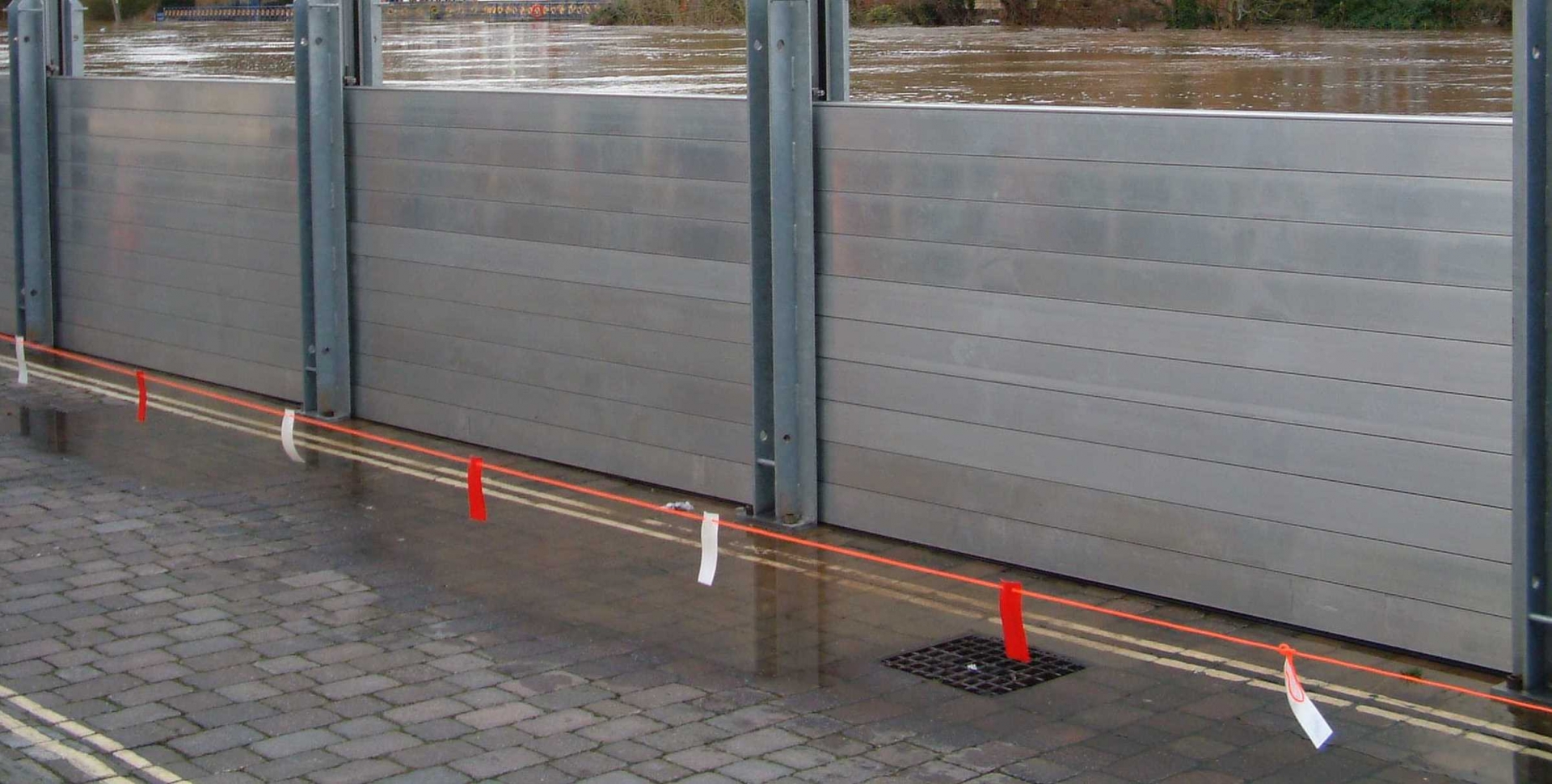 One of the major factors following a flood is the potential devaluation or blighting that can take place to a person’s property. So on top of the misery that goes with dealing with a flood, there is then the on-going worry if someone had been thinking of moving or selling their house,  needed to sell/re-mortgage  or whatever, there is then the anguish that goes with the worry about how the flood will have affected their, in the majority of instances, major capital asset.

I am sure that we have all been watching the news and one interview that stays with me is the young man who had literally bought his property the week before! Will he immediately have bought a property that has turned into negative equity!

I am sure that you have all been watching the barrier system that has been deployed at Severnside North and Severnside South, Bewdley, being of the aluminium panel type and on the other side of the road at Beales Corner, the frame and weighted skirt system with the assistance of pumps being deployed.

There are, in the main, two major flood events (1) flash flood and running water, then, as in the Somerset Levels, (2) standing water, both creating the same immediate stress factor but the standing water becomes really quite harrowing for the parties involved.

We, at Phipps & Pritchard with McCartneys, have a wealth of professional knowledge relating to construction and the effect that flooding can have on values relating to property.

We should all access the RICS Flood Information to make sure that we are all up to speed with current thoughts and able to guide interested parties to the relevant web sites.  If you type in “RICS guide to flooding” into a search engine there is an immediate list in front of you that perhaps we should all look at,  as this is such a topical subject.

Personally,  my own home was flooded with 3/4ft of water on the 20th June 2007 and 20th July 2007. The first flood event was a flash flood and the second event was, in part, caused, we believe, by the Kidderminster flood alleviation bund/dam holding water in Puxton Marsh through to Wolverley Village where I live.

So, on a personal footing, if you are looking for someone to talk to about flooding I could possibly be considered, in this area, a veritable expert!

The RICS guide title – “A Clear Impartial Guide to Flooding” is available on the RICS site as a downloadable PDF document. It is accessible to the public and ourselves as property professionals, and a download is perhaps worth a read.