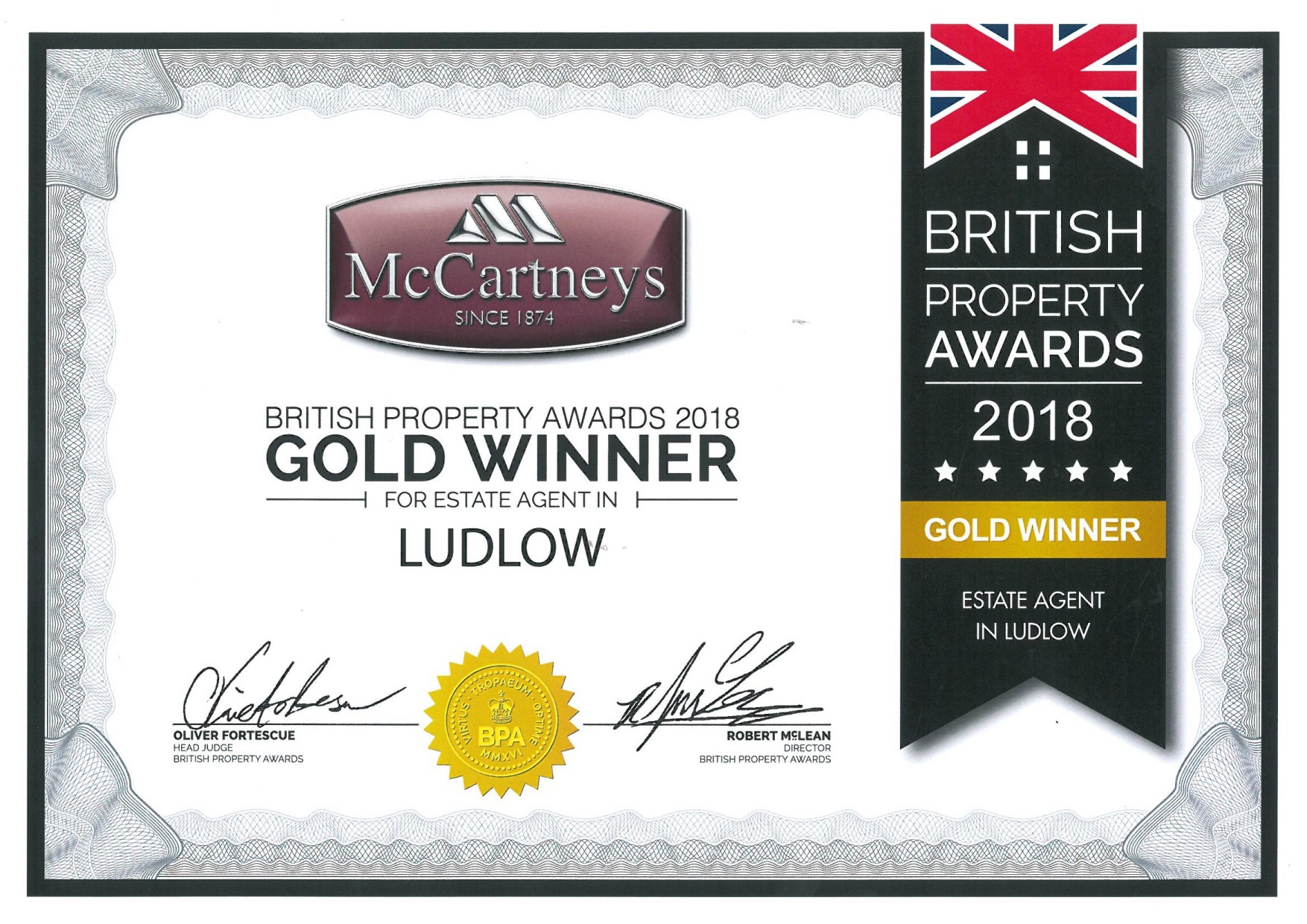 McCartneys have been recognised as one of the best estate agents in the county, having received a Gold Award for their Ludlow branch from the British Property Awards.

The awards judge estate agents on a town by town basis with customer service at its heart of its criteria.  The team in Ludlow were praised highly for their consistent level of service throughout the extensive judging period.

The British Property Awards provide agents throughout the UK with an invaluable opportunity to compare the service that they provide against the service provided by their local, regional and national competition.  It also enables consumers to see who provides the best service in their area.

And the good news doesn’t stop there, McCartneys have been shortlisted for a number of national awards which will be announced later in the year.

Debbie Anderson, Partner at Ludlow Office said “I am absolutely delighted that the team here at Ludlow have been recognised in these prestigious awards for their outstanding levels of customer service.”