McCartneys Fine & Country Illustrate the importance of a smooth completion 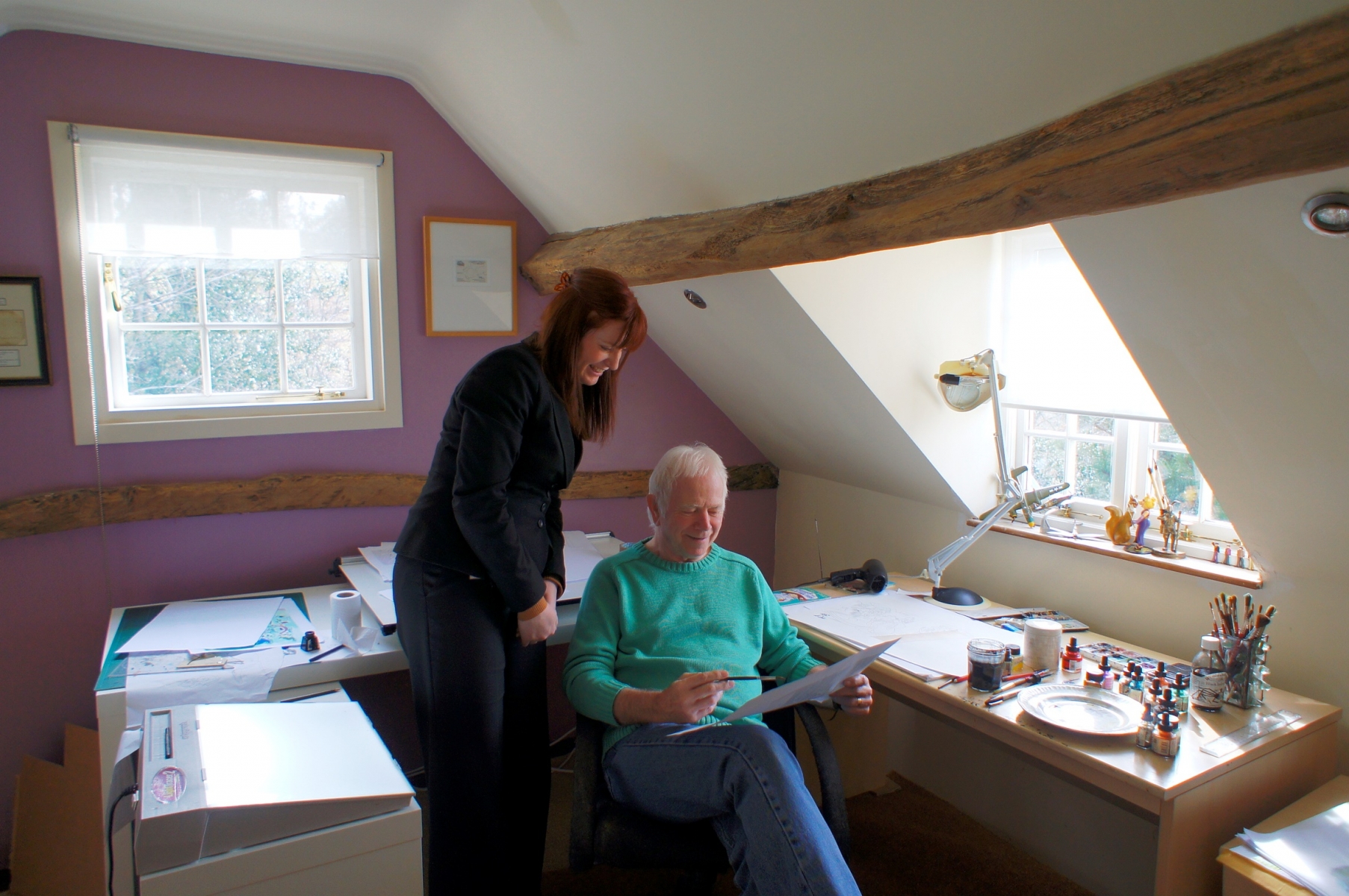 One of the key aspects of a successful completion is a personable agent.
McCartneys Fine & Country pride themselves in providing a personal service from start to finish be it for Vendors or Purchasers.

This has been recently highlighted following a completion in rural Wales. Laura Morris Manager at McCartneys Newtown Office and Zoë Herbert PR Manager visit the new owners to see how they have settled in following their move in January.

Our purchasers Tony Ross and Partner Wendy Finney were understandably excited to be in their dream home.
Tony Ross is one of the most successful children’s Illustrators whose illustrations include those of ‘Horrid Henry’ and ‘The Little Princess’.

It was great to visit them and see what had motivated them to make the move from Oxfordshire to Wales. Cost was one of the key motivators, Tony comments ‘I remember walking round the property in awe of what you could get for your money’, the move as well as proving good value for money provides them with stunning views and a wonderful lifestyle.

We asked how did this property differ from their last? Their previous home was a very small cottage and although they had a view of countryside this was separated by a main road. The move offers them ‘real country’

Although value for money was a central factor in the attraction to their new home, a further attraction was the fact that they could move in and not have to do anything, it was fully renovated giving them the mix of old and new. The property hosts a stunning contemporary extension with glass fronted lounge sitting proudly alongside the original black and white cottage, which dates from the late 1600’s. A truly inspiring property.

Zoe asks about their expectations of their new lifestyle?
‘Healthier’, was an immediate response. It is a known fact that before Tony became an Illustrator; he had wanted to become a professional cowboy and wrote to John Wayne with such ambition. So would we see him riding the countryside, living the dream? Tony comments that although he has ridden in a Rodeo riding over here is quite different however he may persue the odd lesson - perhaps?
The convenience of both Newtown and Welshpool were of great importance to both Tony and Wendy, the ease of being able to get everything you require from one town.
Tonys’ publisher had questioned whether he would find ‘good food’ where he was moving but already they have been out and about sampling the eateries in the surrounding areas, fondly finding Shrewsbury.
As a very busy Illustrator and writer Tony still has to commute to London but with the rail links locally the journey is easily managed.

Tonys favourite room in the house although difficult to choose is the Sitting room, with a light and airy feel and having surround sound. They also favour the Snug. It does prove a hard job to choose simply because the house has many stunning features.

Lastly, we were invited to step into Tonys studio which was a perfect setting, a beamed room flooded by light and framed with stunning views, illustrations surrounding and each corner filled with his characters – delightful. We did ask Tony if he had a favourite character to which he replied ‘The Little Princess’ based on his daughter, but like most of his inspiration coming from lifes experiences.

Tony and Wendy are very much looking forward to family get togethers in their new home – a perfect retreat for hosting.

Since moving in, in January Tony has completed seven books; one of the more recent projects was completing the illustrations for the book on The Royal Baby being written by Tony Bradbury and published by Oxford Press.

It is a privilege to be able to assist both Vendors and Purchasers alike and to be a part of their onward stories.