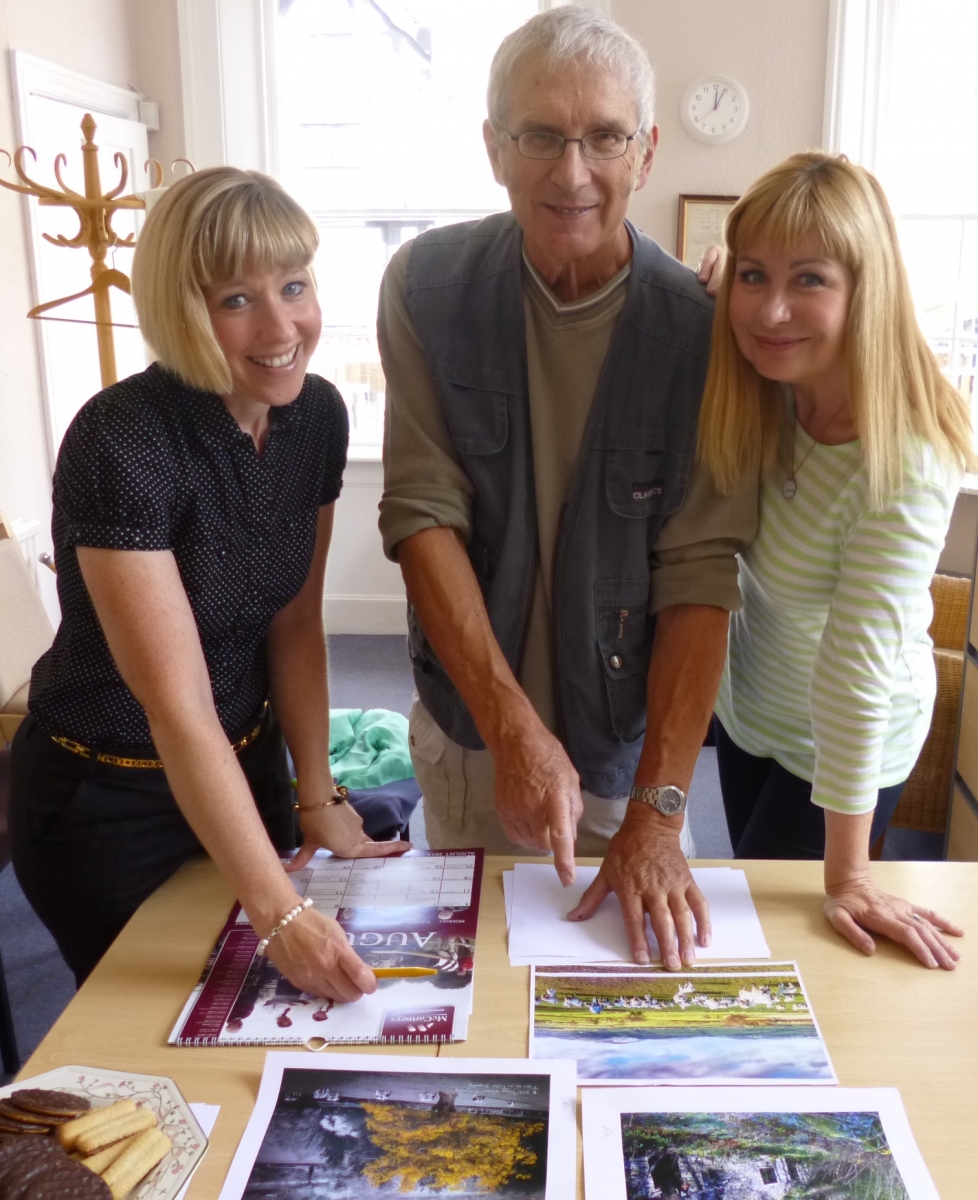 Head of PR and Valuer for McCartneys Zoe Herbert and Ludlow based photographer Gareth Thomas alongside celebrity judge Sian Lloyd met up to view the submissions and pick their winner.

Zoe comments “The response to the competition has been great. We had asked applicants to capture ‘The Spirit of rural border life and property’ and have received such a diverse selection it has been wonderful.”

The winning picture entitled ‘Feeding Time’ was taken by Tracey Williams and it depicts a scene on the road to Bishops Castle with the snow covered hills behind Churchstoke visible in the background.

Tracey will see her picture within the McCartneys 2015 calendar and will also receive photography vouchers.

McCartneys would like to thank all entrants who submitted pictures, the standard was very high with such enthusiasm for the subject.

Property manager and Chairman of the R&D committee, Tom Carter, commented “We were absolutely delighted with the response to our first photography competition, which is something that we hope to grow in years to come. We really appreciate any opportunity to interact with the communities in which we work and what better way to do that than via the mutual appreciation of our beautiful surroundings.

Our sincere thanks to everyone who took part and to our judges for taking the time out to preside over things and impart their expertise.

Congratulations to Tracey on a brilliant photo which definitely captures the spirit of border life!”