New Cull Cow Section at Knighton Market Is on Fire! 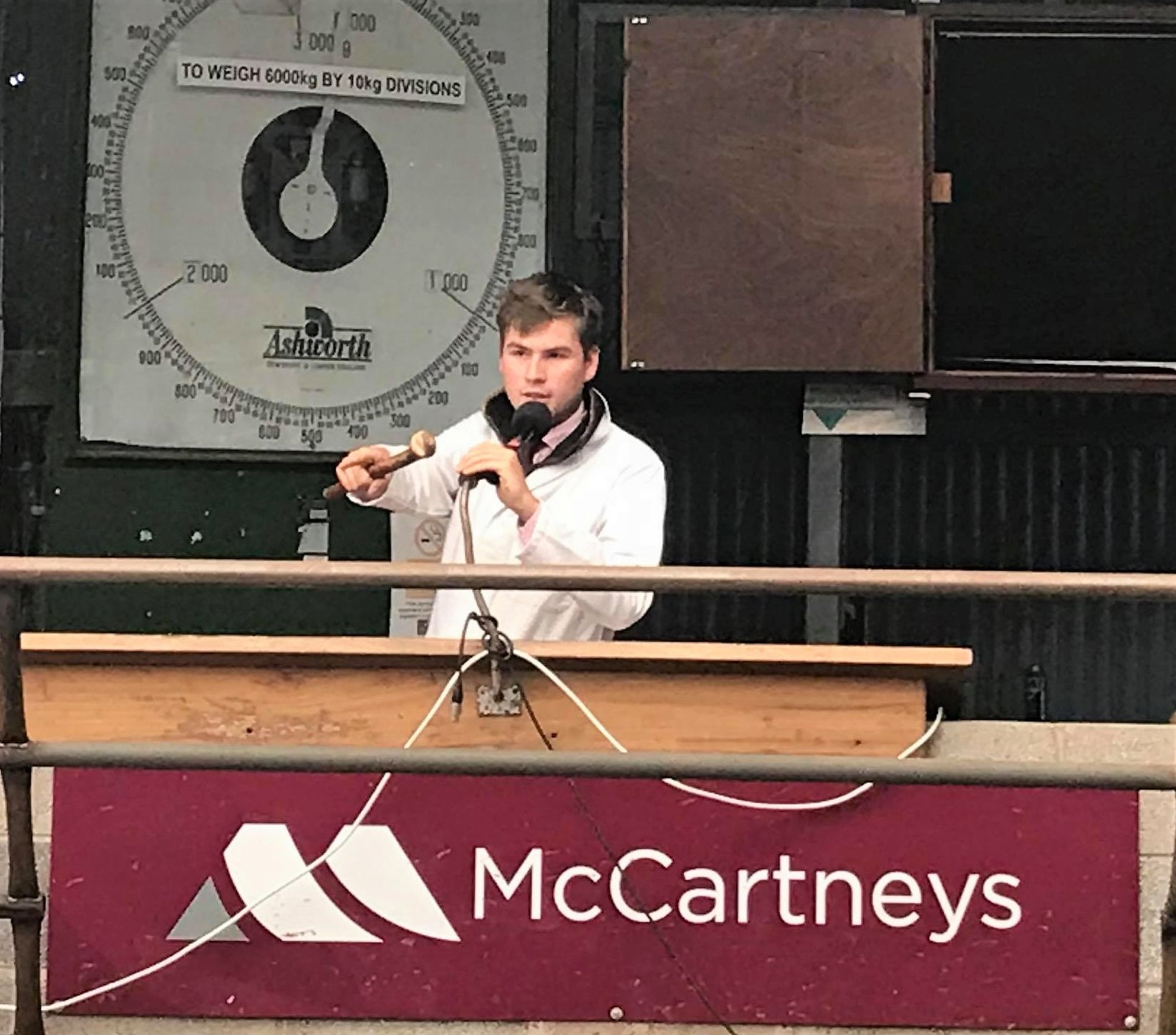 After several conversations with farmers in Mid-Wales who stated that there was a very limited number of centres to take Grazing/Cull/Barren cows, this led me to make the decision to start a sale here at Knighton. Local farmers who had been sending there cows off had mostly said the same story ‘that they expected more for their cows’ and rightly so. I spoke to Jenny Layton-Mills and the senior partners in Knighton who all agreed that as long as I could arrange the sale I would be given the opportunity to sell the Cows. I was very grateful for the chance as this would be my cattle selling debut in what I hope to be a career. I got on the phone straight away in order to see how many farmers would be interested in a sale at the beginning of June. The interest was overwhelming and if the cows weren’t ready at the time (due to being unfit or still with a calf at foot), I have been promised them at a later sale.

Friday 5th of June was the first sale of 60 Grazing/Cull/Barren cows at Knighton market alongside 200 Store Cattle and 60 Feeding Bulls. I turned up at market early in order to make preparations for the sale, I was understandably nervous due to this being my first time selling cattle and also with the Grazing/Cull/Barren Cow section being brand new. However I had spent several hours phoning buyers from all over Wales, the Border Counties and beyond which gave me some re-assurance that things ought to go smoothly. The bell was sounded by Chris (one of the drovers) and my heart almost did a flip, as we walked up the yard to the cattle ring and were met with a ring full of buyers (all socially distancing), many who had come especially for the Cow sale, I remembered that the first 6 cows I had to sell were Jenny’s so this added to the pressure. Once I was kindly introduced by Jenny the sale commenced and I quickly realised that it was going to be a lot more straightforward than I had first thought. Buyers wanted the cows and were bidding vigorously on all lots.

An entry of 60 cows sold to an outstanding trade with a ring full of buyers creating competitive bidding on all lots. Overall the cows averaged just under 150ppk which was exceptional and around 25ppk more than vendors expected.  Most vendors also had £150.00 + per head, than additionally expected. In addition to this we had several comments that the cows/cattle weighed very well. At Knighton Market we believe in providing a true guide weight in order to achieve the maximum price per head for our vendors. Top price on the day was £1470 for a 790 kilo Charolais Cow that had reasonable cover but was not fat. Also to 190ppk for a 500 kilo Charolais X Cow that achieved £950.

In highest demand were cows with reasonable to good coverage of meat, however we have buyers for all types of cows from plain to store to well fleshed. All cows attending this sale will need to have been TB tested within 60 days, however we believe that it does pay to have the cows tested as it increases the number of eligible buyers around the ring. I had several vendors comment that we were £150 - £200 ahead of some deadweight firms.

Next sale on Cull/Barren Cows, Feeding Bulls & Store Cattle is to be held on the 19th June 2020. We have around 40 Cows entered for this sale already with several late entries expected and invited. We have decided to hold this second sale in June to take advantage of the buoyant trade. The sales will then be held on the 3rd Friday of every month. I would urge anyone with Cull/Barren Cows to sell to get in contact and we will make sure you are achieving every last penny for your Cast Cows as the trade and demand here will take some beating.