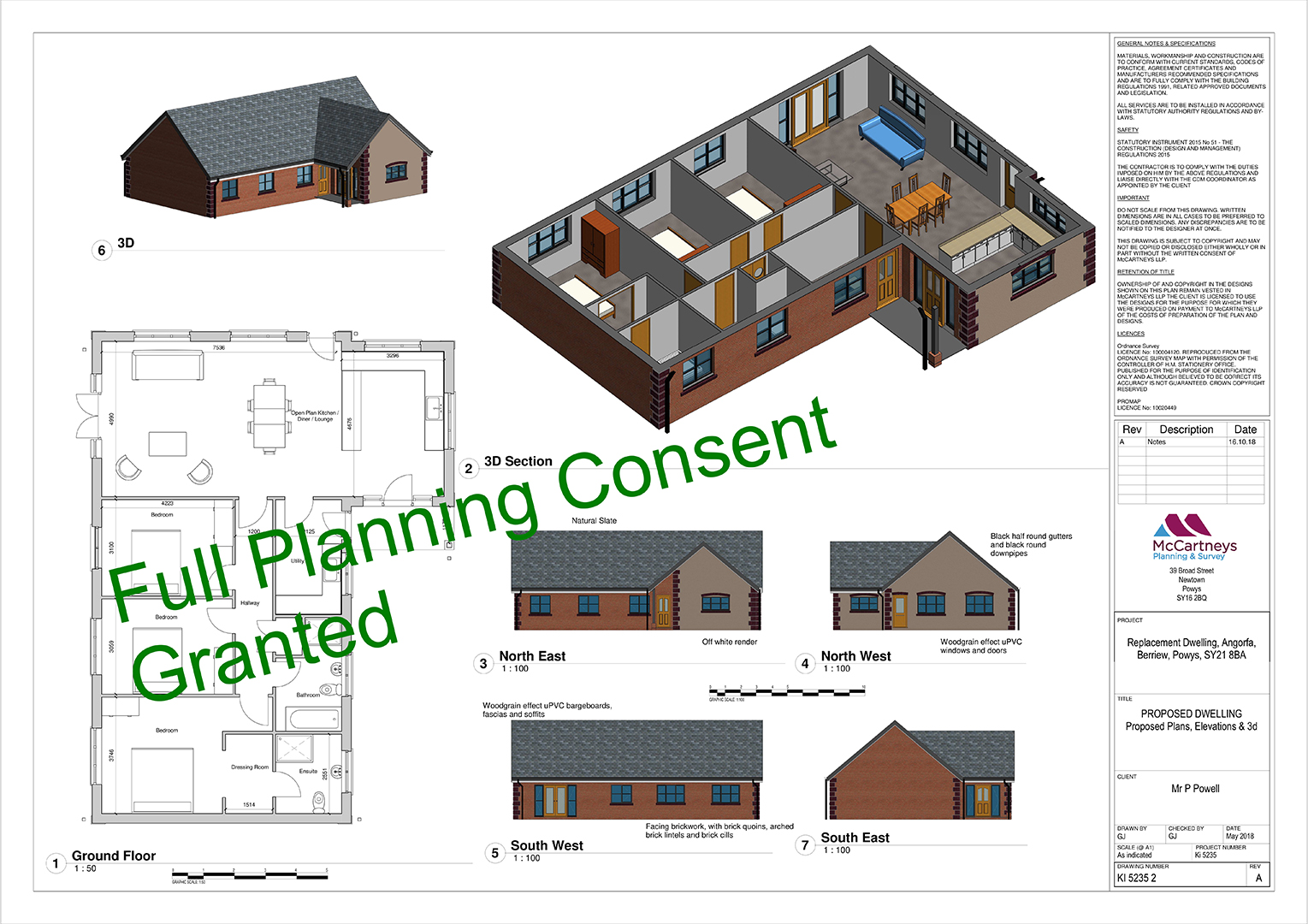 McCartneys LLP planning and survey department have obtained full planning approval for the replacement of an existing ‘woolaway’ bungalow with a new more modern bungalow, which incorporated improved site position on the outskirts of the village of Berriew.

The proposal sought to replace a woolaway bungalow, these are classed as non-standard construction and listed as defective under Part XVI Housing Act 1985, The dwelling itself as a result is generally un mortgageable, however this one was also in a poor state of repair with corrosion and significant defects to the external structure.

The proposal will see the visual improvement in the area, together with the benefit of providing a new dwelling which meets modern building regulations standards and by moving the site further to the north the car parking and turning area is enhanced.

The proposal was received positively by the council, with no local objections. The application was undertaken and submitted to the council by Geraint Jones working from the Newtown Office of McCartneys. If you have any projects which you would like to discuss further then please contact Geraint on 01686 623 123 or Geraint.jones@mccartneys.co.uk.