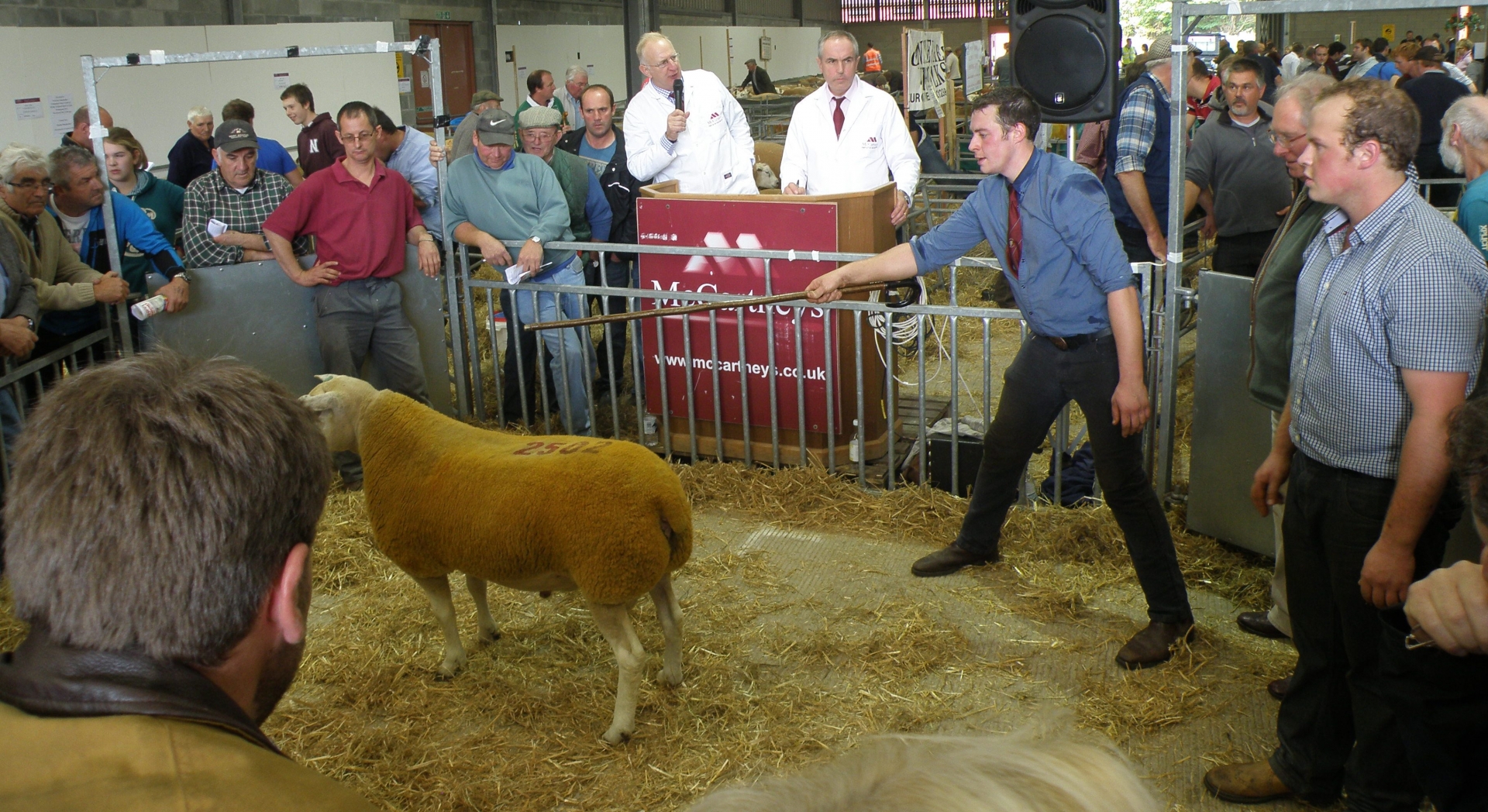 McCartneys had an 83% clearance on the six rings of sheep they sold at the NSA Ram Sale at Builth Wells on Monday 22nd September 2014.

For more information on the sale please contact Glyn Owens or Jenny Layton-Mills on 01547 528621.

Pictured above is a Texel x Lleyn Ram sold in Ring 10 by McCartneys Auctioneer Clive Roads.