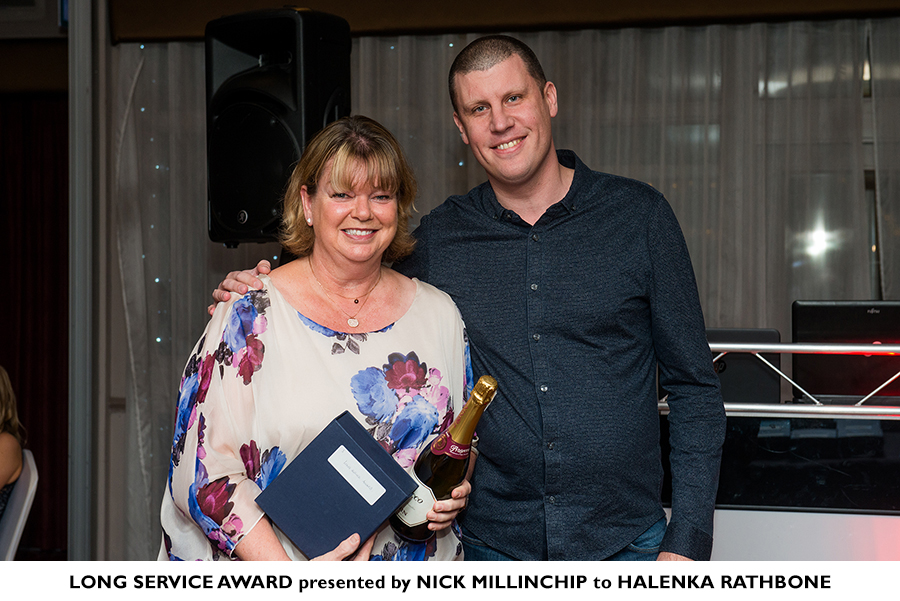 Stars were lighting up the sky on January 13, when we announced the winners of our annual McCartneys group awards.

More than 150 staff, partners and friends gathered at the Hallmark Stourport Manor Hotel to honour those who have made an outstanding contribution to the business over the last 12 months.  It’s become a real social occasion in the calendar and there was a tremendous buzz in the room, as the time to announce the winners grew closer.

It’s also fair to say the staff of McCartneys and Phipps and Pritchard know how to party too, with the dance floor rarely anything but full.

Highlights of the evening included a long service award for Halenka Rathbone who has been with the group for a staggering 41 years, how’s that for staff retention!  Always eager to bring on the next generation of McCartneys staff, there was much delight in the room for Most Promising Newcomer, Fiona Matley, as there was for every winner.  Like Best Picture at the Oscars, the coveted award of the evening was the Office of the Year, which this year was awarded to Marian Pinches and the team from the Bridgnorth office.

Here’s a full list of the award winners.  Congratulations to each of them.