Over 1.3 Million Pounds Worth of Property and Land Sold at Auction 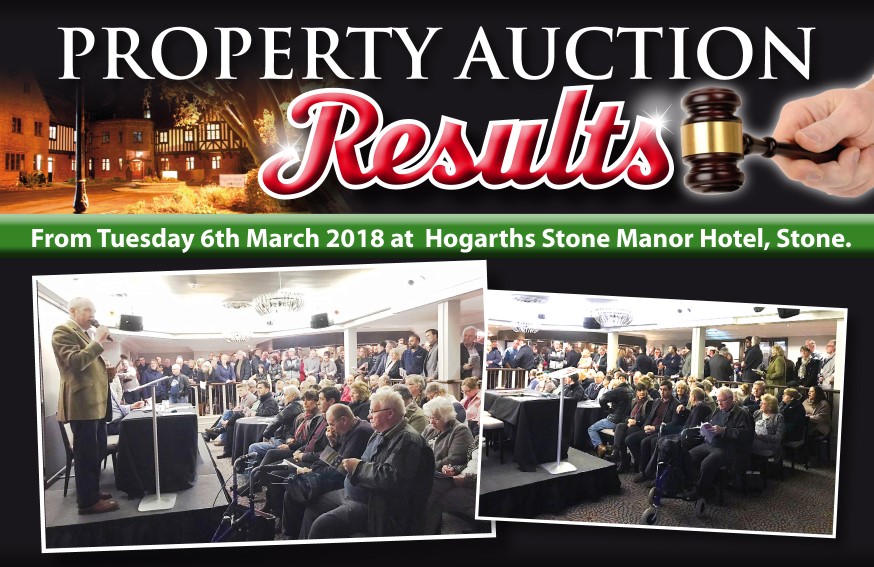 Another electric evening was experienced at Hogarths Stone Manor Hotel last Tuesday night 13th March. The latest property auction hosted by Phipps & Pritchard with McCartneys was probably the most popular and successful event yet.

Bidders descended from near and far to take part in the evenings’ excitement. The attendance was so great that the audience was spilling out the door into the grounds of the picturesque Hogarths Stone Manor. After a flurry of hands in the air the bids came flying in and most of the lots available on the night were snapped up in a bidding frenzy.

We are now inviting lots for our next auction on Tuesday 5th June 2018.