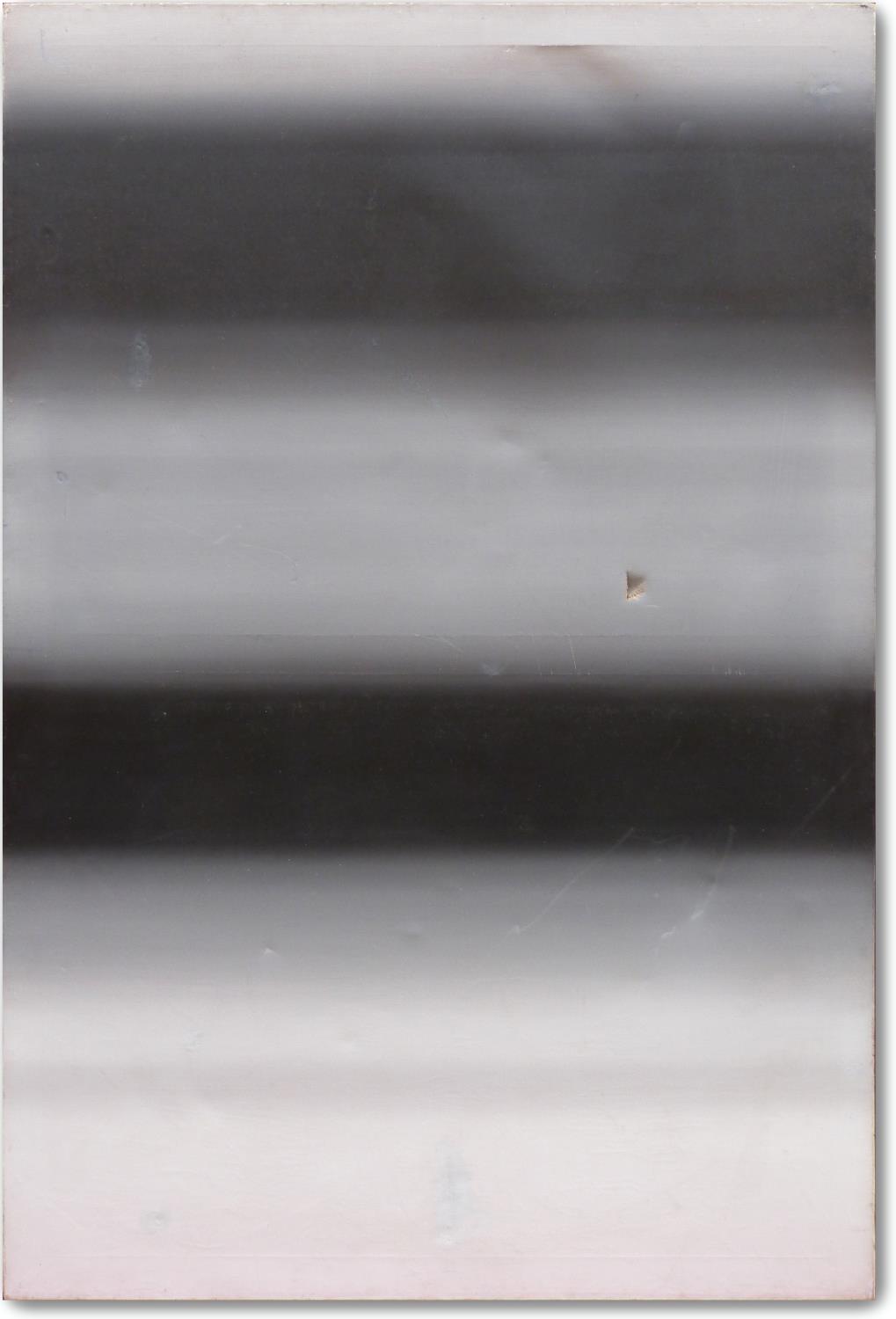 As well as works from Islwyn’s own collection, we are very pleased to announce the sale of Lot 459 –

Islwyn Watkins and Richard Lin were teaching together at Ravenscroft College of Art & Design in the
early 1960s.It is highly likely therefore that Islwyn acquired this particular work directly from Lin.

Richard Lin was born in Taichung, Taiwan in 1933. He re-located to England in 1949 and studied Art and
Architecture at London Polytechnic between 1954 and 1958. He taught at the Ravenscroft College of Art
and Design where he met Islwyn Watkins who was also a teacher at the college.
He lived and worked in Wales for a period during the 1970s.
He exhibited his works at Gimpel Fils from 1959, also the Marlborough Gallery in London and Rome; the
Stedelijk van Abbe Museum, Eindhoven and in America at Carnegie International, Pittsburgh and the Brooklyn
Museum, New York,
Richard Lin is regarded as one of the leading artists of the 20th century and his reputation in Taiwan and
East Asia generally has never been higher. 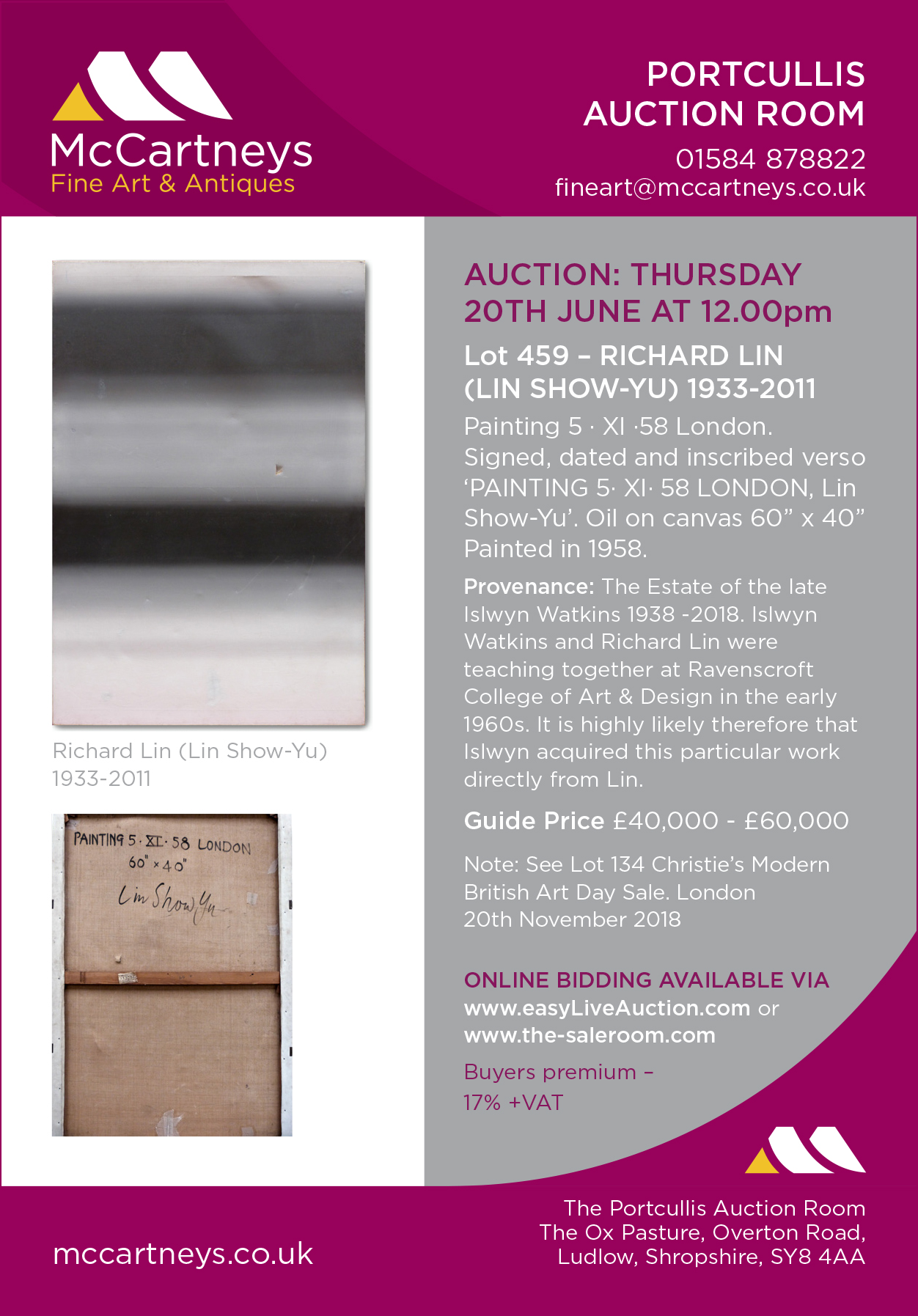 In addition to the above, The Portcullis Auction Room is also pleased to offer Lot 311 – 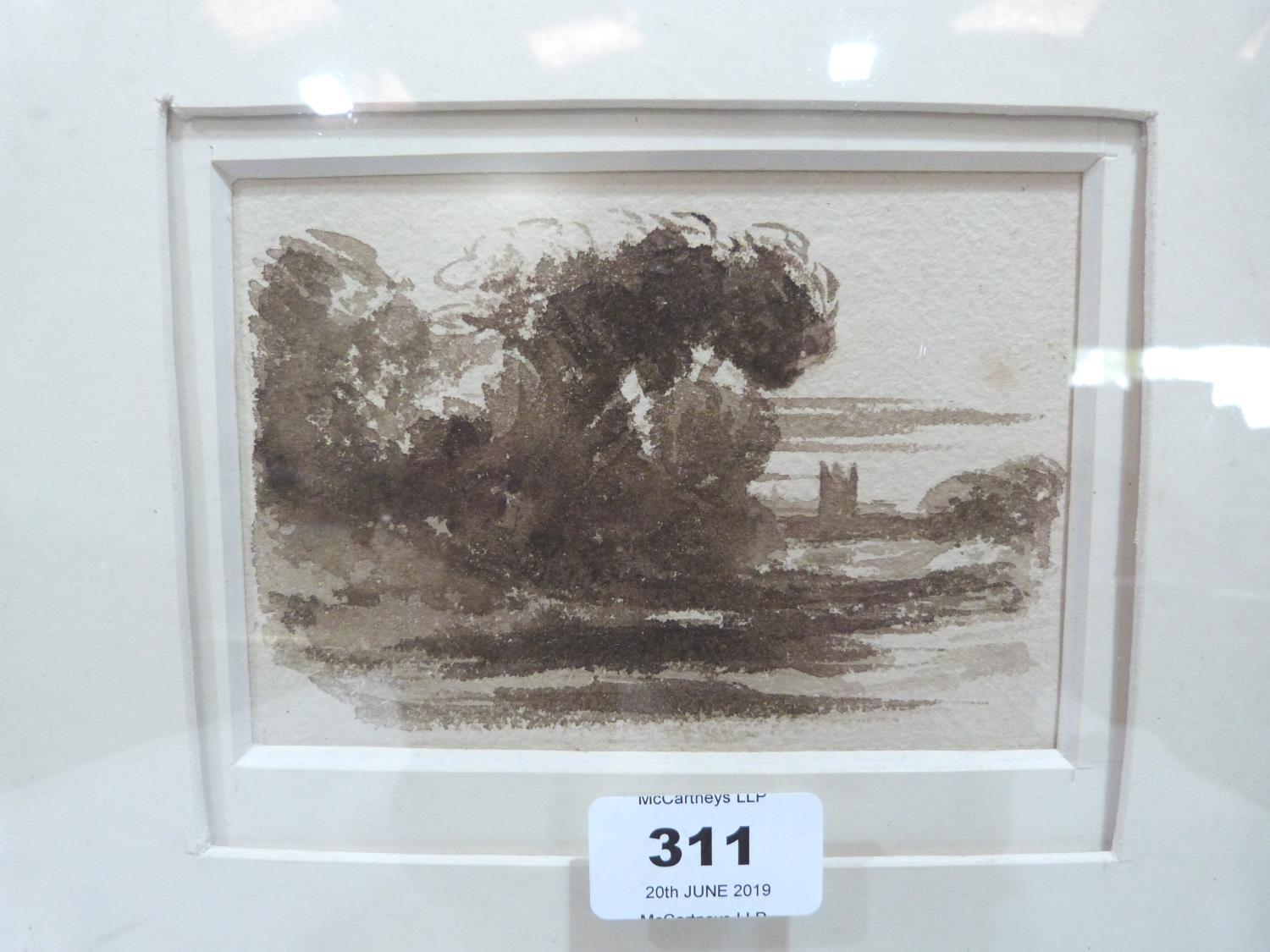 If you have any works of art that you are considering selling, please do not hesitate to speak to our
Fine Arts & Antiques Valuer, Daniel Fielder for a free valuation.
He can be contacted on 01584 878822 or fineart@mccartneys.co.uk
There is also a general information booklet available in the Portcullis Office as well as on our website which
details further information about the services we offer.