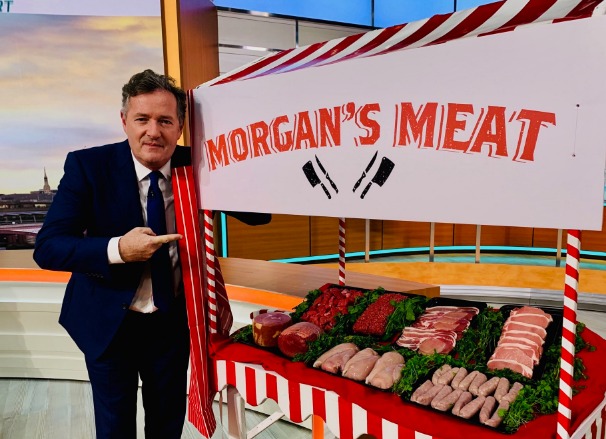 I was brought up believing that the BBC was the premier broadcasting network and that ITV was very much the poor relation. This faith in Aunty Beeb has continued unabated and I think this perception belonged to those of us born in the 50’s and early 60’s. Lately however my conviction has been tested.

I am fast losing patience with the oh so PC BBC. Perhaps as Brian Wilson from the Beach Boys sang “I just wasn’t made for these times” however on the other hand perhaps I have found something better! My wife has turned me on to Piers Morgan on Good Morning Britain. What a refreshing attitude he has. He speaks his mind and is just really good entertainment. If after watching him for 10 minutes you switch back to the BBC Breakfast it is almost as if food rationing is still in force and the Beatles are still to have their first Number 1.

The other big bonus is that he sticks up for those of us who still enjoy our British Beef and Lamb. Piers does not receive a penny in levy from the sale of livestock yet he is prepared to shout from the roof tops about the pleasure he gets from eating red meat that is produced in the UK to the highest welfare standards. Perhaps he could be approached to champion the next media meat promotion. At last we have someone on primetime TV who really wants to help our industry. Thank you Piers.