What Are SABs? Will They Affect My Developments? 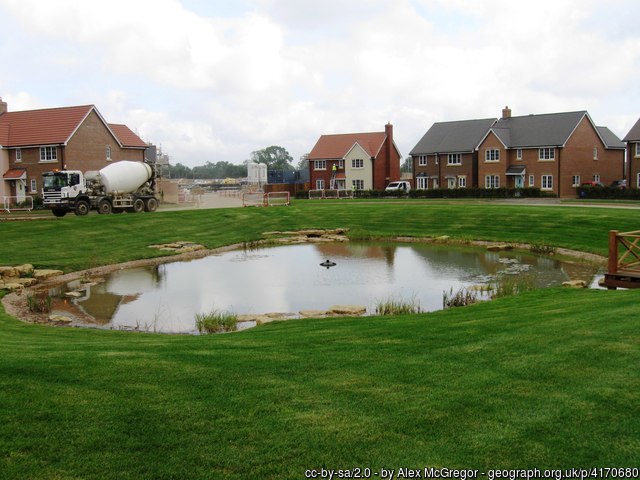 You may have come across in the last 18 months a new regulation which has been in place to control storm and surface water drainage known as Sustainable Drainage Systems (SuDS) for new development in Wales.
The regulation came in from the 7th January 2019 in which all new developments in Wales, where the size of the development is greater than 100m2, have to obtain approval from the SuDS Approving Body (SAB).  As part of the planning process, the land drainage consultants will advise you as to whether your development will require SAB approval.
SAB approval must be gained before any construction of the development commences.  Applicants and developers are encouraged to begin communication with the local SAB and Local Authority at the earliest possible stage when considering the development.  This is especially pertinent when considering large schemes such as multi house developments sites or industrial developments with large roof surfaces and areas of hardstanding.
However from a practical sense as an applicant or developer you do not want to be investing in designing a SuDS when you may not even gain planning permission.  As the old saying goes, consider each case on its own merit.  A couple of points which I look at when considering SuDS at a new site;

If the answers to these initial questions are all favourable then gaining SAB approval can be left to a later stage in the process when the outcome of the planning permission is more certain or has been secured. 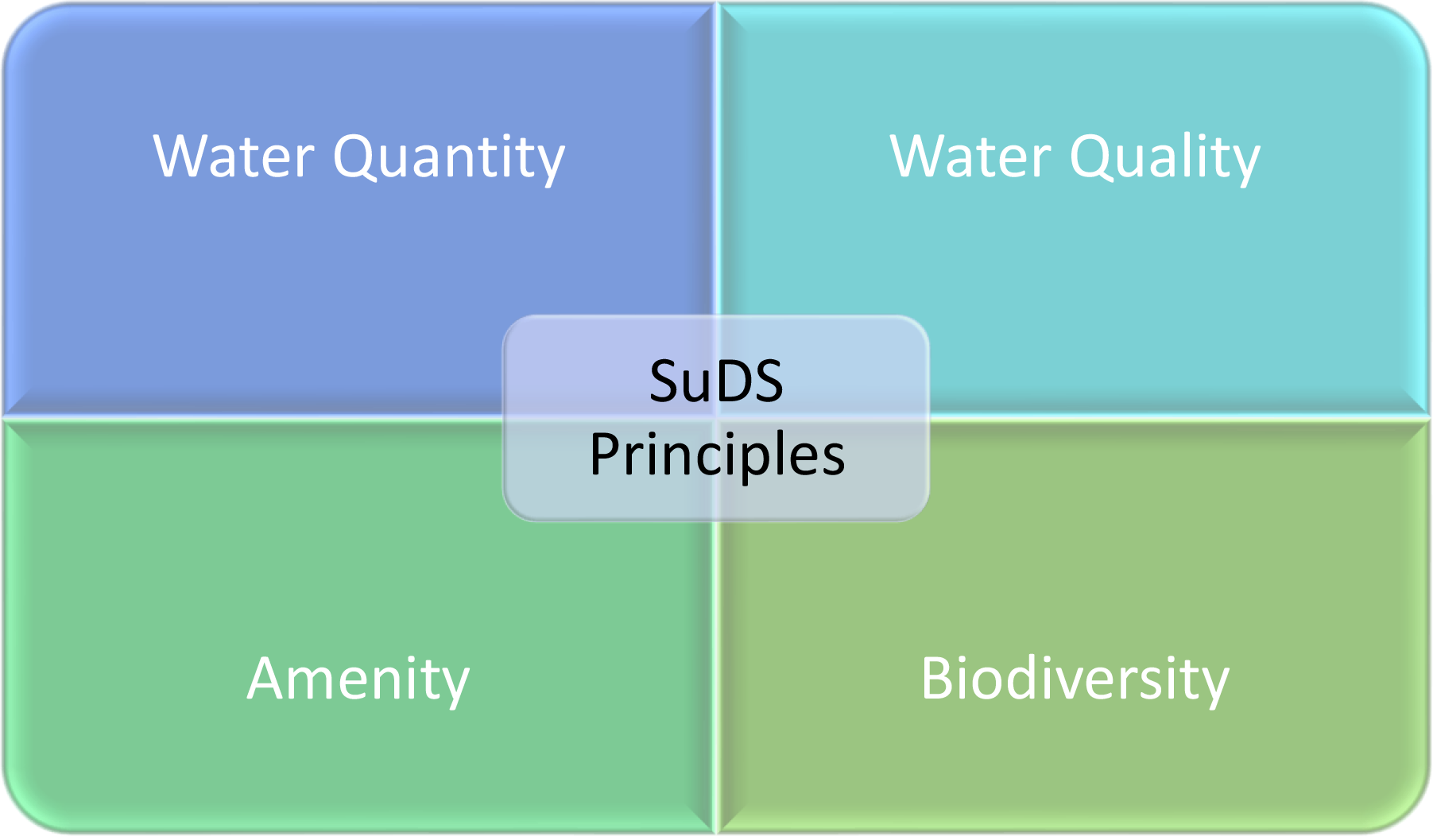 
There are four main principles which you must satisfy in order to gain SAB approval; Water Quantity, Water Quality, Amenity and Biodiversity.
A simplified way to view the principles are:

The types of SuDS range from rainwater harvesting which is the most desirable, infiltration soakaways which are the most common, to connecting to a mains combined sewer which is the last resort.  Which type or types of approaches are used can depend on what the development is being used for, what water features are on or adjacent to your site, what the ground conditions and soil composition is, as well as the physical dimensions of your site such as topography and site area. 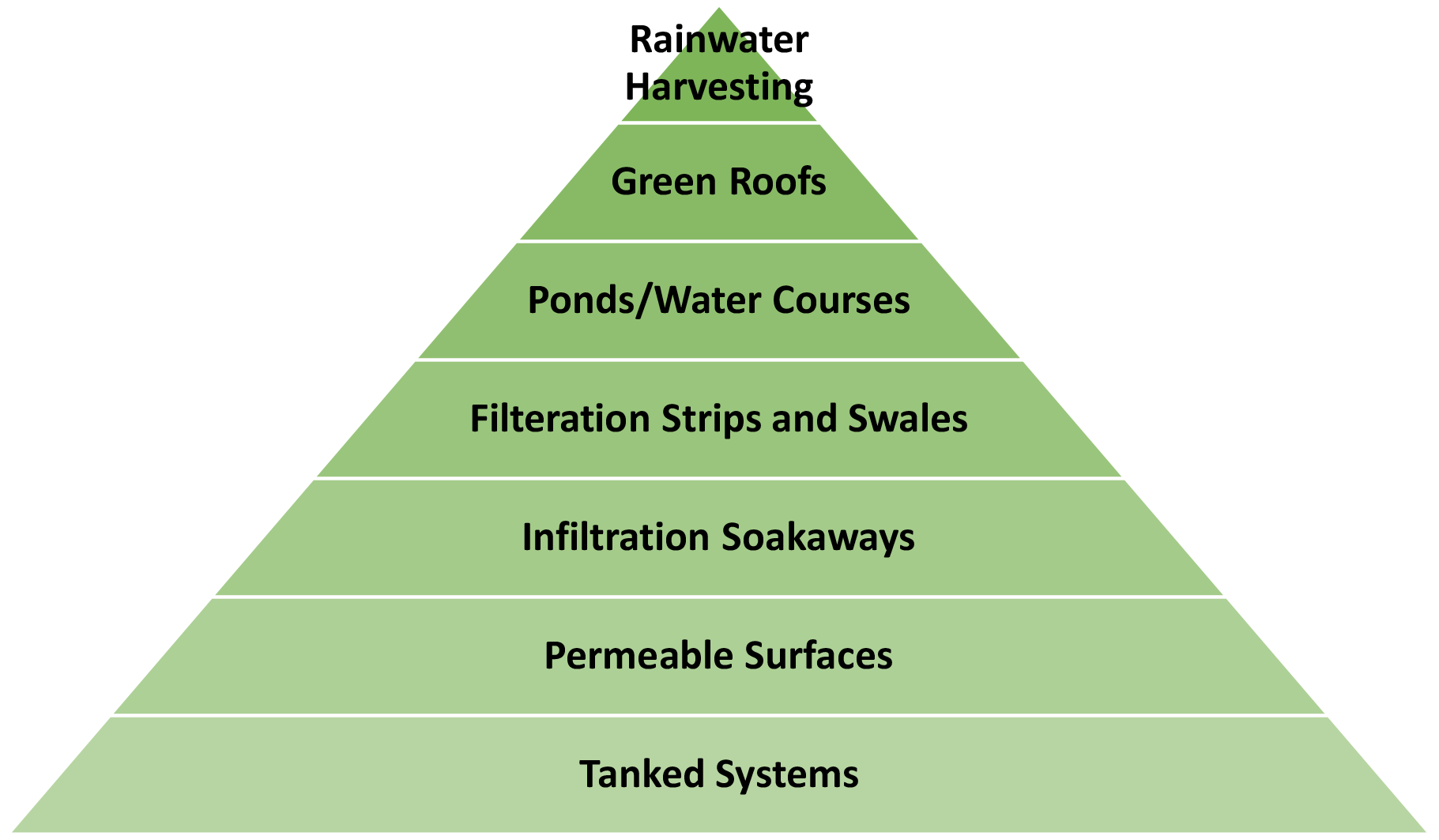 There is one exemption which does not require SAB approval.  Any type of construction work which covers an area of land of less than 100m2 does not require SAB approval.  This is regardless of whether the development requires planning permission or not.
What will be interesting going forward, particularly in Powys County Council, is the power struggle between obtaining SAB approval vs. Housing Density which is Policy H4 under the Local Development Plan.  For towns and large villages, developers will need to provide more than 27 units per hectare of development.  The more dwellings that are provided, the more road, parking area and paths will be required to service the site.  This will have a knock on effect of the SuDS requiring more capacity to deal with the surface water run-off.
Having a trade-off is common place when designing development sites, but what makes this situation unusual is that normally the compromises are overseen by one person, the planning officer, from the local authority.  However, with this conflict, SAB and housing density are two separate bodies, who have their own agendas, which will another interesting balance that the developers will have to strike.
If you require assistance in applying for a SAB approval or any other surveying matter, please do not hesitate in call me on 01544 230 316 or by email on lewis.price@mccartneys.co.uk.