Presteigne (Llanandras in Welsh), the former county town of Radnorshire, nestles at the heart of the Marches on the border of Wales and England. It is surrounded by devastatingly beautiful unspoilt countryside with rolling hills, and this thriving border town has many unique qualities that make it both the perfect destination and base from which to explore.

Set alongside the river Lugg, at the corner of the three counties of Shropshire, Herefordshire and Powys, it is within a short drive from Hay on Wye, Leominster, Hereford, Ludlow and Shrewsbury.

The surrounding countryside is breathtaking and the drive from Presteigne to Aberystwyth was voted one of the ten most beautiful drives in the world by the AA. Just to the west are Radnor Forest and Offa's Dyke. Go slightly south west and you can browse the book shops of Hay on Wye, and to the east you can sample the renowned culinary delights of Ludlow. Hereford, with its Cathedral that houses the Mappa Mundi, is a short journey away and in between there are activities and visits to satisfy a whole variety of tastes, including the black and white village trail of Herefordshire.

Presteigne is a Transition Town. This is an increasingly widespread grass roots movement in which people in local communities throughout the UK and Ireland have joined together to prepare for a future in which a dramatic reduction in carbon emissions will be essential and communities will no longer have access to cheap energy derived from fossil fuels.

Formerly known as The King’s Highway in the 16th century, it still offers a wide range of traditional shops. The 18th and 19th century shop fronts with ornate carvings are a rare and precious survival. As elsewhere in Presteigne these fronts conceal much older buildings. The Georgian front of Bennetts electrical store hides the Mansion House, the oldest house in the town, originally a large 15th century hall house built gable end on to the street, a feature of the long narrow medieval plots known as burgages. Number 47 displays a fine carving of The Green Man.

The High Street has an excellent range of individual shops, pubs, restaurants, hotel and services. Good accommodation is plentiful, both in the town and the surrounding area, and whether your choice is self-catering or serviced accommodation, high quality local and organic produce is available in the shops and restaurants. There is even a Michelin starred restaurant at Titley, some five miles away. 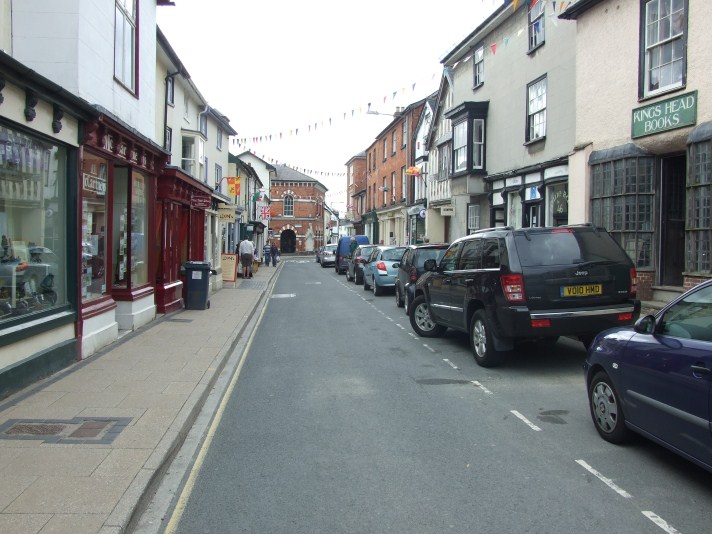 Formerly Great Street, Broad Street dates from the 13th century and links the early settlement near the river to the High Street. Many of the buildings are medieval in origin, but most were re-fronted in the late 18th century. Notable classical detailing can be seen on Clarence House, Harley House and Roseland, once the home of the 19th century artist J M Ince. Well House has a spring in the cellar, the water from which emerges into a bucket further down the street at Church House. 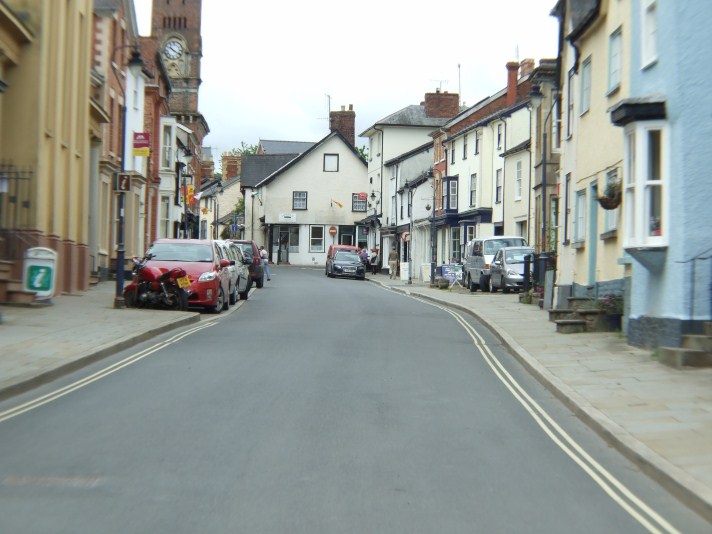 Mid Border Arts (MBA), an organisation with charitable status, promotes a wide range of arts and cultural activities at the Assembly Rooms in Presteigne and the surrounding area.

An exciting programme of events runs throughout the year including performances by many well-known international artists and musicians as well as local professionals.

MBA works in association with many other local arts organisations including Music in New Radnor, Sheep Music, Landscape Recording Association, The Friends of St Andrew’s and St Michael’s Churches and The Sidney Nolan Trust. 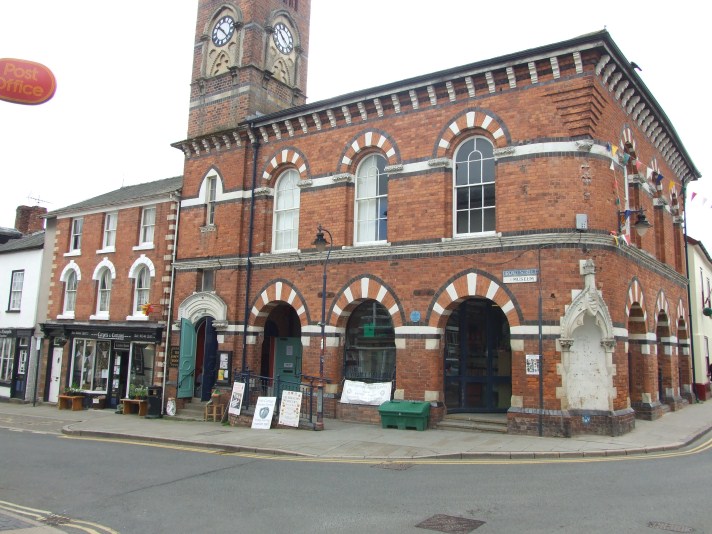 Properties in and around Presteigne