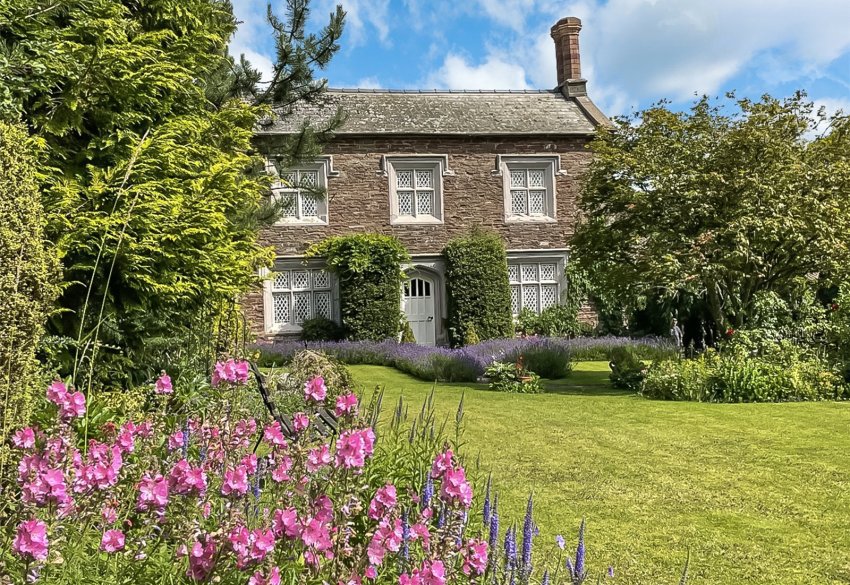 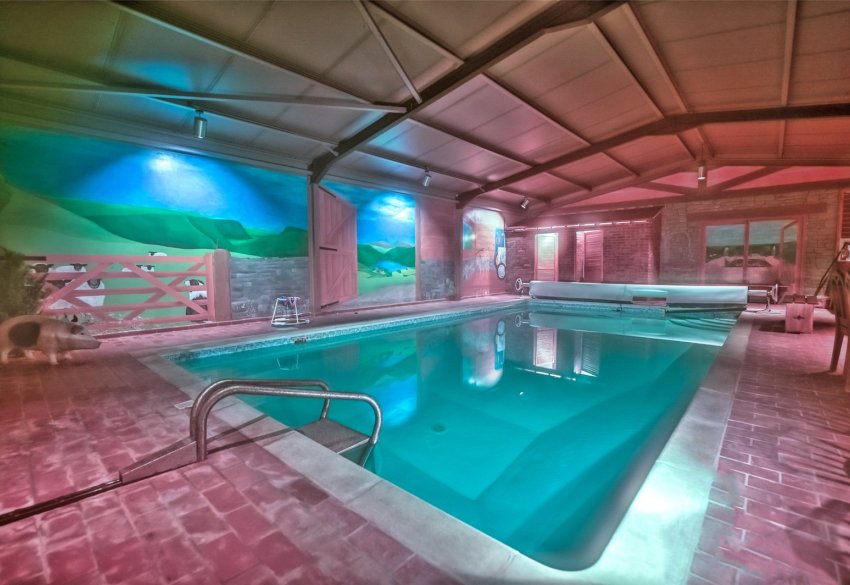 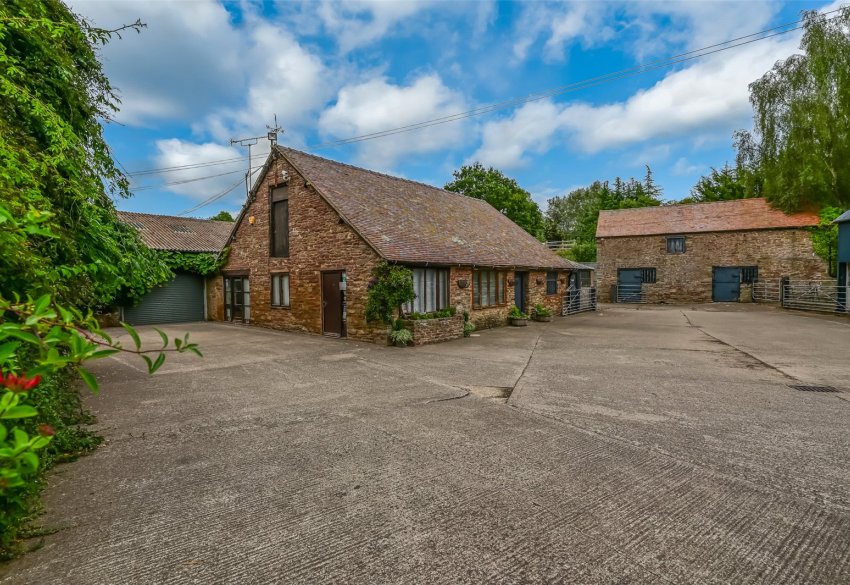 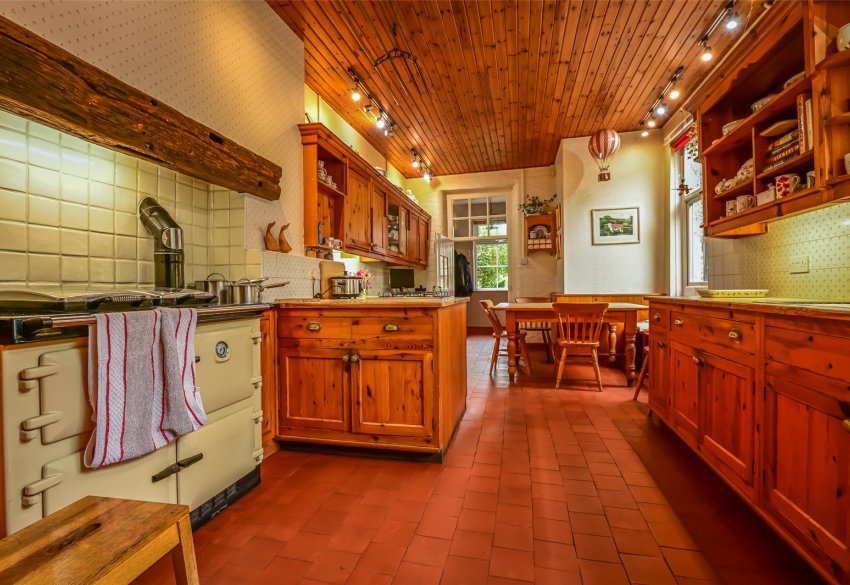 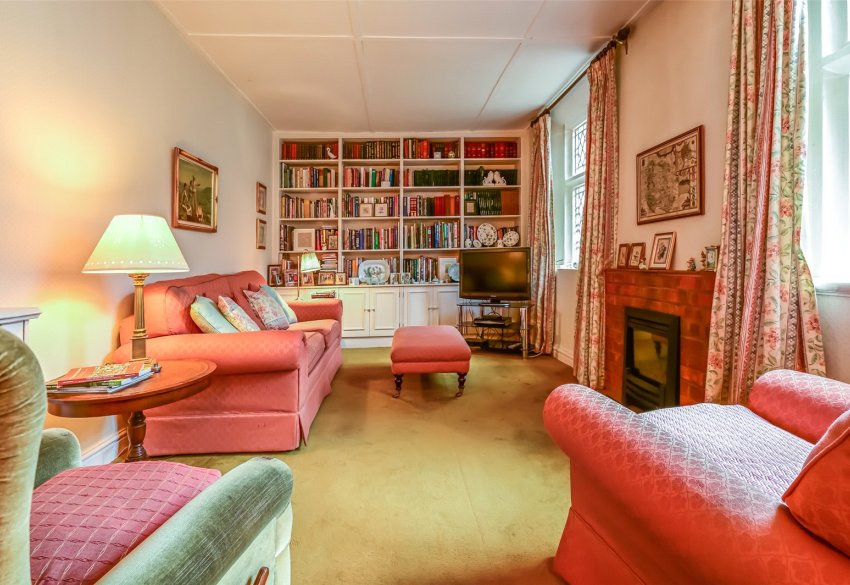 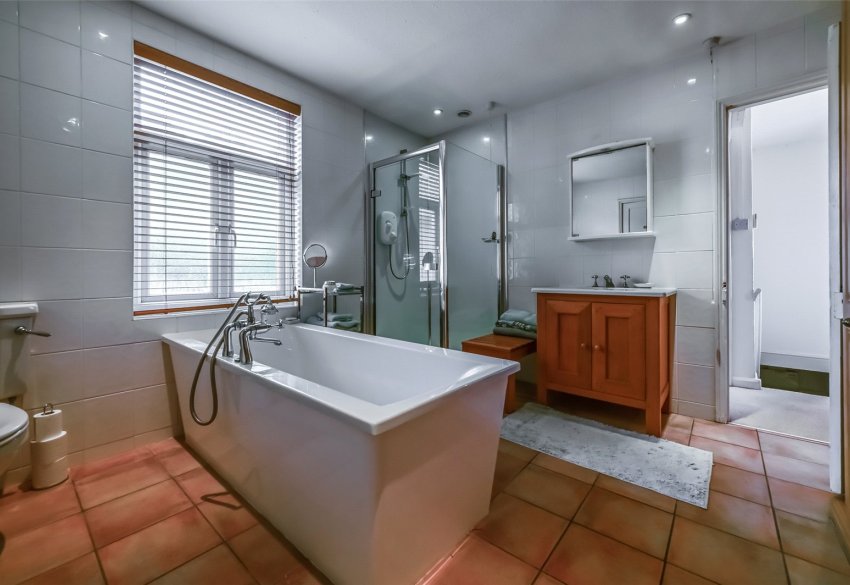 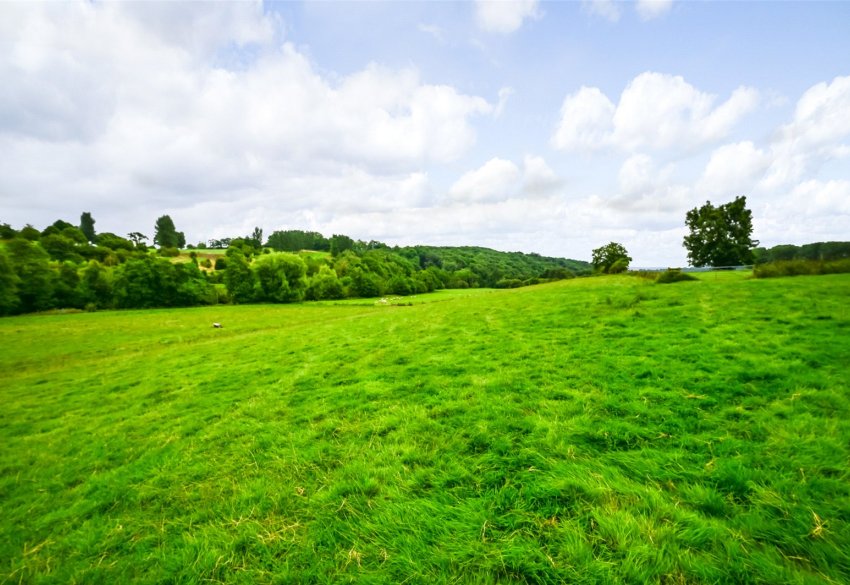 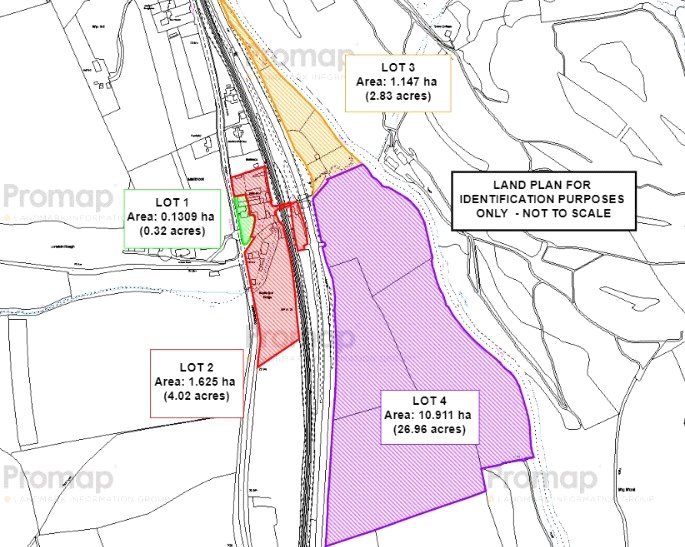 
The Local Area
Marlbrook Farm is located in North Herefordshire within the beautiful and historic borderlands of England and Wales known as the Welsh Marches. The property is situated between the thriving market town of Ludlow, notable for its fine award winning restaurants and vibrant festivals, and the historic City of Hereford with the ancient Cathedral on the bank of the River Wye. The property is just 3 miles south of the traditional market town of Leominster on B4361 in the hamlet of Ford Bridge. Leominster Golf Club and The Grove Golf and Bowl are located just a mile away across the River Lugg. Nearby is 15th-century Hampton Court Castle with its highly acclaimed gardens and the ancient woodland walks at Queenswood with a woodland playground and family-run café. The area benefits from by-roads and bridleways suitable for equestrian use and lies within the Herefordshire Hunt Country.Primary schooling is available in Leominster, Stoke Prior, Bodenham and Ivington. Secondary schooling is available in Leominster and Hereford. Private schooling in Lucton and Hereford.For post-16 education and training there is Herefordshire and Ludlow College, Hereford 6th Form College and Hereford College of Arts. The new university (NMITE) has recently been established in Hereford.Leominster benefits from local services and amenities including shops and supermarkets, butchers, takeaway food outlets, together local bakeries and delicatessens. The Leisure Centre includes a superb 50m swimming pool, with a second Sports Centre located in Bridge Street. The 13th century Priory lies at the heart of Leominster in quiet leafy park next to the magnificent 17th century Grange Court. The town is well-known for its many antique shops.

The Farm
The farm consists of a five bedroom detached house in close proximity to the agricultural buildings.The farm land as a whole consists of approximately 34.13 acres (13.89 ha) of prime agricultural land which is currently in permanent pasture. The land is in good heart and has been farmed sympathetically.

The House
Marlbrook Farm is of 19th Century stone construction under a tiled roof. The property is adjacent to the B4361 to the west and the main Hereford to Shrewsbury railway line to the east.The main residence benefits from a well maintained traditional garden with mature borders, along with a unique inner courtyard with fish pool and seating area.Part of the main house is the former granary with the ground floor converted for recreational use which then adjoins an indoor heated swimming pool. The first floor of the granary is currently used for storage. The granary pool complex has the potential (subject to planning) to form a substantial house.The accommodation is laid out as described on the floor plan. There is also a cellar which is accessed from either the ground floor hallway or from external steps by the bay window and runs underneath the dining room. An outside toilet is located to the side of the house and can be accessed from the front garden or courtyard area. The farmhouse provides a fantastic opportunity for smallholders and equestrians. There is potential for camping/glamping or other leisure based pursuits including fishing.

Traditional Farm Buildings
The farm benefits from an extensive range of traditional buildings. The present owners have made a pre-planning application with Herefordshire Council which shows a degree of support from the planning authority to redevelop the traditional buildings into a complex of dwellings.The holding also has an excellent range of semi modern buildings which would lend themselves to a variety of uses.

The Land
The land is all currently in permanent pasture with some mature trees. The land is situated in three separate blocks, the largest block of land being 26.98 acres (10.92 ha), marked Lot Four on the plan.The second area formerly the ''Old Orchard' amounts to 2.10 acres (0.85 ha) and is offered as part of Lot Two with the traditional and semi modern buildings, totalling 4.02 acres in all. The small area on the other side of the railway line can also be accessed from the by-pass.Lot Three amounts to approximately 2.83 acres and has access off the by-pass. The ground leads down to the River Lugg which gives access via a jetty to the river itself. Part of the area was formerly a small camping/caravan site. Electricity and water were provided together with septic tank.The holding is well fenced with post and rail fencing plus mature hedging and sheep netting. The land in general is Grade 2/3 with the ground being a medium loam.

Agents Notes
FootpathThere are no footpaths crossing the land.Stewardship/Environmental SchemeThe farm is currently not in any stewardship environmental schemes.Basic Payment SchemeAll eligible land is registered on the Rural Land Registry. All eligible land has been claimed for the 2022 Basic Payment Scheme and payments received for the 2022 scheme year will be retained by the vendors. 10.92 ha non-SDA entitlements are held by the vendors. The 10.92 ha of entitlements which relate to Lot Four will be transferred to the new owners (when completed) in readiness for the 2023 scheme year.Boundaries, roads and fencesThe purchaser shall be deemed to have full knowledge of the boundaries and neither the Vendor nor the Vendors Agents will be responsible for defining the boundaries of ownership thereof.Planning PermissionPre-application advice was sought from Herefordshire Council in 2020 for a proposed change of use of existing farm buildings (residential / car ports / office). The proposed conversion of the traditional barns was accepted in principle. Further details can be obtained from the office.Health and SafetyThe Agents advise all prospective purchasers when viewing the land to take due care.PlansThese are based on Ordnance Survey with approximate measurements and are for reference only. They have been checked and compiled by the vendor's agents and the purchaser(s) shall be deemed to have satisfied themselves as to the description of the property. Any error or misstatement shall not annul a sale or entitle any party to compensation in respect thereof.Agents NotePhotographs taken August 2021.

Method of Sale
Tenders must be received at the selling agents office: McCartneys, The Ox Pasture, Overton Road, Ludlow, SY8 4AA in a sealed envelope marked Marlbrook Farm no later than 5pm on 24th June 2022.The Vendors reserve the right not accept the highest offer or indeed any offer made.Solicitor Mr Alex Cunliffe, Lambe Corner & Co., 36/37 Bridge Street, Hereford HR4 9DJ.Tel: 01432 355301.The information given in these particulars have been stated by the vendors to the best of their knowledge. The vendors' solicitors will confirm all legal matters to the prospective purchaser(s) prior to exchange of contract.