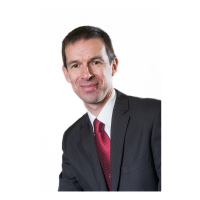 Darren graduated from the University of West of England in the mid 1990’s with an honours degree in estate management and soon after took up employment in estate agency with McCartneys. After qualifying as a Chartered Surveyor in 1996 he was given the opportunity of running his own estate agency office in Brecon following the merger between Jones Brothers and McCartneys and soon grew the business into one of the most successful agency offices in the town. After a brief spell working for another estate agency company on the Powys/ Herefordshire borders Darren returned to McCartneys to continue his hard work and build on his reputation for delivering a reliable and enthusiastic approach to agency. Darren is also a registered valuer with the RICS and undertakes a range of professional services from matrimonial valuation to taxation issues.

Darren is married with two daughters and lives on a smallholding close to Brecon. Although having limited time for outside interests he does enjoy shooting and the occasional round of golf.