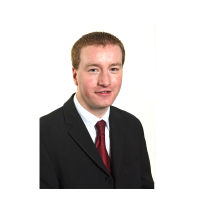 Jeff joined McCartneys in September 1996 after completing a 3-year course at The University of West England in Bristol, where he gained an Honours Degree in Valuation and Estate Management.

Jeff is a registered valuer with the Royal Institution of Chartered Surveyors and deals with all property related matters.  Having been given the task of developing estate agency work within Mid Wales Jeff started in Builth Wells and on the back of McCartneys’ success, he opened the Llandrindod Wells branch in 2001 and in 2007 extended the coverage to Rhayader.

Jeff, formerly a keen sportsman who enjoys socialising, grew up on the family farm near Brecon where he now enjoys spending his spare time with his children Nia and Johnny-Gwyn.