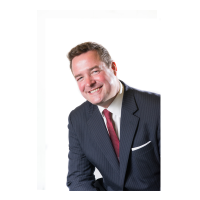 Jonathan has a background in both the civil and criminal law prior to specialising in residential property valuing and listing. He has a degree in civil law from Robert Gordons University, Aberdeen where he studied in the early 1990’s, and from there joined West Mercia Police, enjoying a 16 year front line career ending as an operational Response Unit Sergeant. He retired from the Police to pursue a career with his wife managing their family run stud farm, breeding Anglo Arab show and competition horses. Jonathan joined McCartneys in 2015 as an accompanied viewer for the Ludlow office of the estate agency business and soon progressed to his current role valuing and listing property. He has since gained MNAEA and MARLA qualifications to assist him in this role. Outside of McCartneys he enjoys watching rugby having represented school, college, University and the Police Service as a player, and visits Old Trafford to support boyhood club Manchester United as often as he can. His family background in farming and his love of the countryside and Shropshire in particular makes working for McCartneys a real pleasure.