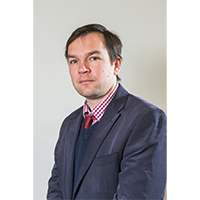 Michael was born in 1979 to a North Herefordshire farming family. Educated at Tenbury High School from where he joined McCartneys LLP in 1995.

Michael has furthered his education while at McCartneys by becoming a qualified Livestock and Real Estate Auctioneer.

Auctioneering duties include selling both sheep and cattle at Ludlow and Worcester plus the occasional farm sale.

As from January 1st 2010 Michael became a partner after being an associate for two years.