Phipps & Pritchard with McCartneys celebrate a MEGA Autumn Property Auction commanding over a £Million at The Manor!!! 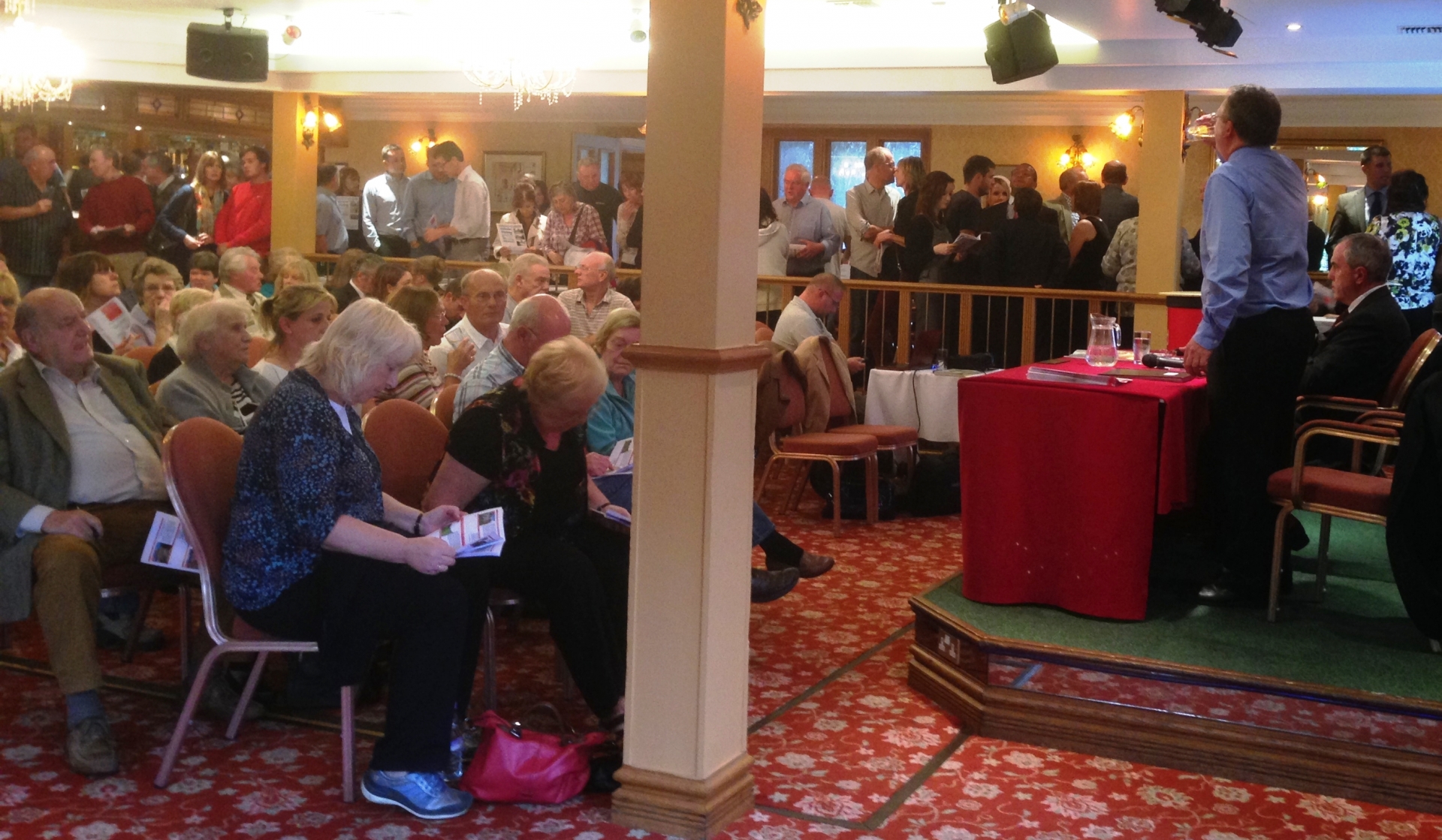 The evening of Wednesday 25th September goes down as the BIGGEST, BUSIEST and MOST SUCCESSFUL property auction that we have held within the last 10 years, recession or no recession!

A wide and varied mix of FOURTEEN lots we offered under the hammer at the prestigious Garden Room of The Best Western Stone Manor Hotel, nr Kidderminster. The atmosphere was electric with the sale room being packed to capacity and in dramatic fashion the start of proceedings had to be delayed by five minutes due to a vendor client being caught in traffic and yet to pre-sign the contract of sale, but happily the house in question did actually sell! When things did get going it was very much worth the wait. Given the fierce competition for some lots the sale took about an hour to conduct and was a real spectacle.

Contracts were exchanged for 11 of the lots, a few of which are described in more detail as follows -

The real enthusiasm in the room was for 3 lots which were the Former police headquarters and police houses in Bewdley. Far exceeding their reserves and achieving £487,000 combined. Very rarely do properties come up in the centre of Bewdley which have both a good sized garden and parking spaces.

The next property auction is to be held at the same venue on Wednesday 13th November and lots are still being invited.