Bishop's Castle is a small market town in South Shropshire, in an area of outstanding natural beauty, loved by visitors and locals alike who enjoy the surrounding peaceful and unspoilt countryside. It is a haven for walkers and horse riders and those who enjoy all manner of country pursuits.

A stunning view of Bishops Castle

The history of the Town can be traced back to the early 11th century when it is believed that one Edwin Shakehead, was miraculously cured of the palsy after praying at the tomb of St Ethlebert in Hereford Cathedral, and in gratitude passed some of his land to the Bishop of Hereford who had a castle built to defend the church and village, as it then was, from the invading Welsh hoards.

The castle was altered and extended at various times throughout its history; until in 1557 it was described as having thirteen rooms covered with lead, a tower on the outer wall on the eastern side containing a stable, and two rooms covered with tiles. There were two other rooms called 'le new buyldinge' situated on the outer wall between the building over the gate and the tower called 'le prison tower'. There was also a dovecote, a garden, a forest and a park.

As peace came to the Marches, over the coming decades, the castle was used less and less and gradually began to deteriorate, so much so that in the early 1700 the old stone keep and surrounding buildings were flattened to create a bowling green, still in use today.

A Royal Charter was granted in 1249 to allow a weekly market and annual fair both of which continue today, and Bishop's Castle also became one of the notorious Rotten Boroughs, whereby a small town like Bishops Castle with a Royal Charter, could return 2 members of parliament, usually under the control of the local Lord of the Manor, grossly out of proportion to the size of the local electorate. 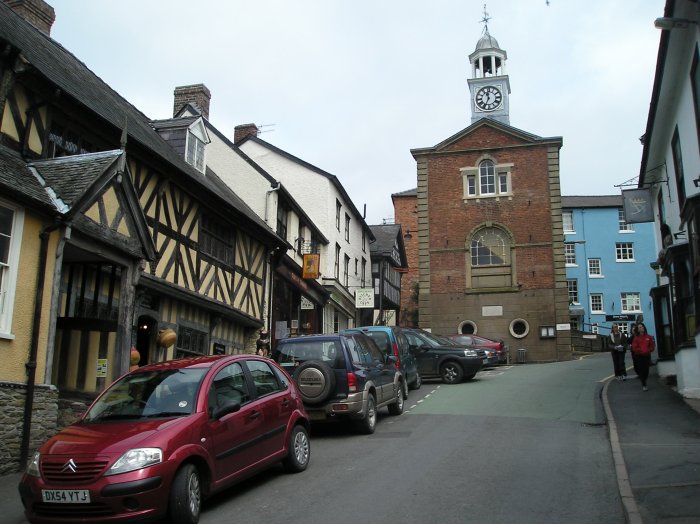 Another claim to fame for Bishops Castle is it has one of the oldest working breweries in Britain: The Three Tuns Brewery in Salop Street at the top of the Town, which was originally granted a license to brew in 1642. The brewery is going strong still today, and is one of a pair of breweries operating in the Town, the other being the Six Bells Brewery, at the bottom of the hill near to the Church.

Today Bishops Castle is as popular as it has ever been; the community thrives and welcomes new comers with open arms, and boasts a wide range of shops, pubs, restaurants and other services. It has highly regarded primary and secondary schools, the latter with a sixth form; medical and dental practices and even a small cottage hospital.

Properties in and around Bishops Castle